The 'Cambridge Pre-U' qualifications - the latest alternatives to A-levels - will be available in 26 subjects, including chemistry, from the University of Cambridge International Examinations (CIE) this September. How will the Cambridge Pre-U chemistry differ to the A-level?

In October 2005, the University of Cambridge International Examinations (CIE), part of the university's assessment group, began a consultation with schools and universities on the design of a pre-university qualification that would 'prepare students to make a success of their subsequent studies at university'. The CIE put forward a simple qualification structure, of three main subjects taken as a linear two-year course within an overarching diploma, and an opportunity for students to develop and demonstrate skills of value in higher education. While similar in style to the International Baccalaureate (IB), the Cambridge Pre-U differs in that a free choice of subject is permitted. Subjects may be taken individually, so schools may offer Cambridge Pre-U in some subjects but A-levels in others, and this may be with or without the diploma. 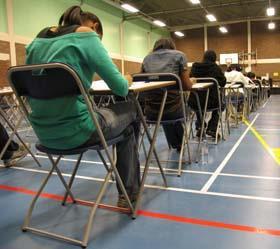 In response to the CIE consultation I put forward a proposal for the chemistry specification, and was invited by CIE to put together and chair a chemistry development panel, consisting of chemistry teachers at school and university levels, to take the specification forward. CIE was keen that the Pre-U specifications weren't simply tweaked A-levels but rather took an alternative approach to teaching the subjects. The inclusion of new topics was to be encouraged.

Since the specification is chiefly aimed to prepare students for university chemistry, we decided, after consultation with teachers and academics, that problem-solving would be a central objective; and that students would be required to do some independent research and give an oral presentation. This approach, together with terminal examinations, we believe, addresses concerns about the modularisation of learning into limited chunks, and gives scope to set exam questions that stimulate thought at a high level - high enough for a grade above the A-level A* to be available.

We have introduced some new concepts in the chemistry specification which we believe provide scope for more challenging questions, while, paradoxically, the concepts themselves are straightforward enough to be understood by a wide ability range. Indeed, great care has gone into the Pre-U chemistry specimen papers so that they are suitable for the full A-level ability range.

Where is the extra challenge? 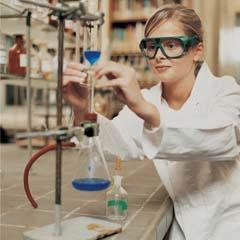 Within structured questions there will, however, be some challenging parts designed to differentiate between the best students. For example, they will be faced with three dimensional problems involving the R  and S  forms of stereo centres, including meso compounds, geometric relationships in sodium chloride and fluorite lattices, and close-packing in metals, all of which go conceptually beyond what is required at A-level. These will provide a genuine challenge for the most able students - rather than gaining a very high mark with more of the same material. An online resource has been written for the structural chemistry contained within the course.[1]

Thermodynamics is extended beyond A-level to include the link between the standard Gibbs energy change and the equilibrium constant and the cell potential. This serves to unify the topics of equilibrium constants, cell potentials and Gibbs energy. The emphasis is on understanding the concepts rather than learning the equations - students don't need to remember any equations because they are all provided.

Cambridge Pre-U will award one grade above the top A* grade in UK A-level, so there will be a greater reward for the best students and the Universities and Colleges Admission Service (UCAS) is currently considering whether this should equate to a higher tariff. Universities should find this sort of differentiation useful, and we think students will be motivated by the increased challenge.

In developing the chemistry specification we have taken the opportunity to introduce three new topics which simplify the way chemistry is taught. (Resources that explain these topics in detail and provide material for teaching them can be found and downloaded for free at the Cambride Pre-U online forum.)[2] 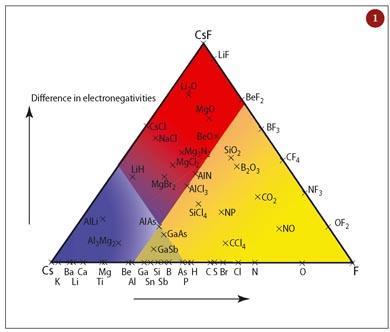 Fig 1 The van Arkel triangle, showing the three extremes of bonding in terms of average electronegativity and difference in elelctronegativity. Semiconductors can be found in the green region. (Diagram provided with the kind permission of Peter Wothers.)

These three new topics, while being simple in principle, give potential for setting questions on novel contexts. It is in this domain that genuine challenge for students can be created, and interesting and stretching problems can be set.

Early anecdotal evidence indicates that students can pick up these new ideas without too much trouble, and enjoy having them as a tool to tackle material they would otherwise consider to be beyond them. With these tools in place, teachers will have greater freedom over which direction they may choose to stretch able students who would benefit from going beyond the confines of the syllabus. More formal trialling of the Cambridge Pre-U course is currently taking place. We hope that this alternative to the A-level will also be rewarding for teachers who have not used these approaches before.

The Cambridge Pre-U (CPU) chemistry qualification has recently been accredited by the Qualifications and Curriculum Authority (QCA) for inclusion in the National Qualifications Framework.[3]

Carbon oxysulfide, COS, has been detected in emissions from volcanoes. It has recently been suggested that it played an important role in the formation of the first peptides from prebiotic amino acids. The structure of COS is:

(a) State the functional group level of the carbon in COS.

(b) By ensuring the reaction equation balances, identify the byproduct Y.

(c) On the structure of X below identify the functional group level of each of the carbons indicated by an arrow.

(d) In the light of your answer to (c), circle the carbon atom in X in the structure below that originated from the carbonyl sulfide.

The chemistry of carbon oxysulfide is greatly influenced by the dipoles on its two bonds.

(e) Using δ+ and δ- symbols, add dipoles to the bonds in the structure of COS below.

(f) Predict the stable carbon-containing product resulting from the hydrolysis of COS.

(g) Suggest an equation for the reaction of COS with water.

Four isomeric alkenes A, B, C, and D have the formula C4 H8. Each alkene is a gas at room temperature and pressure. Some information about these alkenes is given in the Table below.

(ii) By considering the number of peaks in their 13 C-nmr spectra, suggest structures for alkenes B, C, and D. Label each structure.

(b) (i) Write a balanced equation for the complete combustion of C4 H8.

(ii) Draw an energy diagram for the combustion of A, clearly labelling the reactants and products and the enthalpy change of combustion.

(c) (i) Using the data for the standard enthalpies of combustion, draw an

enthalpy cycle to calculate the standard enthalpy change for the following reaction:

(ii) By considering the standard enthalpies of combustion, predict which of the four alkenes is the most stable? Explain your answer.

(d) (i) Define the term 'standard enthalpy of formation'.

...Enthalpy change when 1 mol of a compound is formed from its elements in their standard state...(2 marks)

(ii) Calculate the standard enthalpy of formation of alkene C at 298 K.