What is the minimal core of an education in chemistry? What should someone with a passing need to understand a bit of chemistry know of our subject? And what, if heaven were on our side, should the cultivated 'man in the street' know about chemistry? 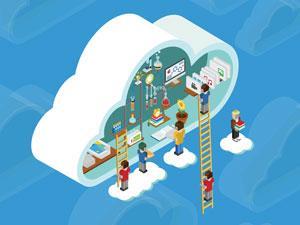 What is at the core of chemistry?

A year ago I was invited to the American Chemical Society meeting in Washington DC to give my views on what constituted the minimal core of an education in chemistry. Privately, it became known as 'the Atkins' diet', though we run into serious copyright issues if we make this joke in public. There is a lot more to chemistry than my minimal basis, but bedrock is one thing and superstructure another.

What it boils down to

Here I am focusing on bedrock, and as such I think there are only nine central ideas.

This provides the currency of all chemical discourse. Richard Feynman once remarked that if he were to have to leave a message carved in stone that would put survivors of a nuclear holocaust on the fast track to our current scientific understanding, then he would scratch 'matter is atomic'. Without this fundamental understanding of the composition of matter, chemistry would be intellectually amorphous, so it must lie at the bedrock of our subject.

Elements are not disparate entities but form interrelated families. The discovery of periodicity, which predated its understanding in terms of electronic structure, is of the greatest cultural importance because it indicates an underlying rationality of matter. That we understand the origins of periodicity in terms of some rather simple ideas about how electrons arrange themselves around nuclei so as to achieve the lowest energy subject to certain constraints (ie the Pauli principle) means that we understand the personalities of the elements. Chemistry deals with entities that have personalities rather than their component parts, and it is right, I think, to present systematic as a story of the interaction of personalities.

Now we have atoms, we can bring them together to form the next level of structure, molecules. The unifying idea here is the tendency (governed by considerations of energy minimisation again under the constraint of the Pauli principle) of electrons to pair. Some scientists object that the electron-pair bond over-emphasises the 'covalent' in this diet, and want to bring in another principle that lets ionic bonding share the limelight. At an elementary level, that distinction is valid and helpful, because it preserves a sense of the personalities of different types of bond. However, when you think about it, even an ionic solid is just a limit of a covalent structure in which the bands occupied by the electrons are narrow and built largely from the atomic orbitals of what in the ionic model we call anions.

I think that the most important characteristic of molecules is their shape. Shape is the crucial feature of chemistry, from its simplest interpretation - atomic radius (which governs the physical and chemical properties of the elements) - to its astonishing role in determining the function of biological macromolecules such as the proteins and nucleic acids. Understand the consequences of shape, and you understand the properties of matter. (Energetics play a role, but even considerations of energy - such as ionisation energy - can often be related to shape and size). Moreover, our subject is intrinsically abstract, even though it deals with everyday tangibles, because almost all our explanations are in terms of the behaviour of atoms. If we could show the public that atoms and molecules are as real as anything else with which they are familiar, then we shall have gone some way towards overcoming the barrier to understanding (or at least appreciating) the nature of our subject.

There are residual forces between molecules

Such interactions result in the formation of condensed matter. And thus we have taken the leap from molecules to bulk matter. This step is a crucial part of our understanding of matter because, from the reverse point of view, it means that we can understand the properties of macroscopic samples in terms of their microscopic components. With our eye on modern trends in chemistry we can, for example, see supramolecular chemistry fitting neatly into this programme.

Throughout this discussion, lurking in the background, is the concept of energy. Whatever energy is, it plays a crucial role in policing the changes that matter can undergo and all its properties. My sixth core idea, therefore, is that energy is conserved, it can be neither created nor destroyed. Energy governs everything that we can achieve with matter and what matter can do when left to its own devices. It governs the existence of atoms, their electronic structures, their ability to form bonds, the consequences of shape, and the emergence of bulk properties. It also governs the changes that matter can undergo, which immediately turns our attention from structure and towards change, the other half of chemistry.

My seventh principle is the tendency of energy and matter to disperse in disorder - ie the Second Law of Thermodynamics. No other law of Nature has contributed more to the liberation of the human spirit. While the dispersal of energy and matter in disorder is easy to accept, we need to weld the thought that dispersal may be linked to a process that it drives in a constructive sense. The combustion of a fuel may thus be used to assemble bricks into a cathedral, the metabolism of a food may be used to assemble amino acids into a protein, and the random fluctuations of electrical currents in neuronal circuits within the brain can be changed into coherent thoughts and works of art. The Second Law illuminates the spring of the universe, and everyone should be aware of the elucidation and insight it brings.

There are barriers to reaction

The world is sinking into chaos, but the existence of barriers to reaction means that collapse does not occur in a flash. Barriers slow the collapse, allowing the world to discover different ways of fulfilling its destiny. In the laboratory that destiny may be a desired reaction; in the rest of the world we call it evolution and the emergence of our extraordinary and wonderful biosphere.

There are only four types of reaction

We have travelled from the existence of structures through to the causes of change and the constraints upon it. We come to the reactions themselves. There is really only one type of reaction, but for convenience we think of all chemical change as one of four processes: the transfer of a proton (acid-base reactions); the transfer of an electron (redox reactions); the sharing of electrons (radical reactions); and the sharing of electron pairs (Lewis acid-base reactions). When you think about it, all four types of change are manifestations of a single process in which an electron falls into a hole. That is easily seen to be the case with redox and radical reactions: in Lewis acid-base reactions there are two electrons falling into a double hole, and Brønsted acid-base reactions are just special cases of Lewis reactions. That we find it useful to think of four classes of reactions reflects our desire to preserve the personalities of the different types, just as in dealing with atoms rather than fundamental particles, we preserve the sense of the personalities of the elements and in distinguishing between ionic and covalent bonds we preserve the personalities of different types of substance.

That, in my view, is chemistry in a nutshell. I don't think its too much to expect any one to find it too burdensome to understand. The point of a university education in chemistry is to elaborate these ideas, to explore their ramifications for synthesis and analysis, to see how these ideas were established (as by spectroscopy, diffraction, and all the other tools that chemists deploy). But for a foundation that opens people's eyes to a fuller appreciation of this extraordinary world, I think these ideas are probably enough.