Chemistry degrees to be reintroduced at Swansea 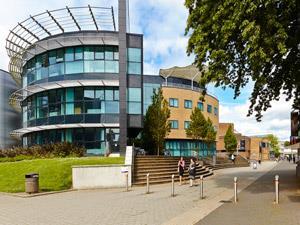 Swansea University will reintroduce chemistry degrees from 2017 due to growing demand. It will be the first time in 12 years that chemistry has been available to students at the Welsh university. Vice-chancellor Richard Davies described the move as ‘a sign of our progress, confidence and ambition at Swansea University.’

The new department of chemistry will be based in the university’s college of science and will launch with new, purpose-built teaching laboratories. ‘The new multimillion pound chemistry department will create a state-of-the-art teaching and research facility,’ says Steve Wilks, pro-vice-chancellor for science and engineering. ‘Our students will have access to excellent labs and a modern syllabus.’

Both BSc and MChem programmes will be available to students from next year.

Chemistry degrees were withdrawn at Swansea University in 2004. At the time, demand among students for degrees in science and technology had fallen.

The move now comes after a national increase in popularity for undergraduate chemistry courses – chemistry degree enrollment is up 4% in the last two years. ‘The university has changed and the world has changed since 2004,’ says Richard. ‘Swansea University is in a far stronger position [and] we are now in the top 25 universities for research in the UK.’

The university made the decision to offer chemistry degrees after discussions with the Royal Society of Chemistry (RSC). Robert Parker, chief executive of the RSC, said: ‘It is hugely encouraging to see chemistry returning to Swansea. This decision recognises that in a complex and changing world, chemistry and the chemical sciences are vital for life and will play a huge role in helping societies face some of their biggest challenges. At the RSC, we are committed to advancing professional standards in chemistry and we look forward to working with the university on supporting students and staff with their career development.’