Inspiration and Industry award for Hilary 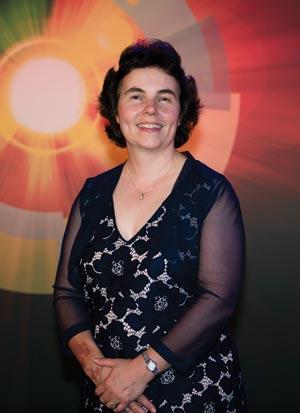 The Royal Society of Chemistry has given their 2015 Inspiration and Industry award to Hilary Jeffreys for her outstanding contribution to the promotion of the chemical sciences, both locally and nationally.

Hilary is the UK technical transfer manager at Actavis, a global drug company. As someone who not only oversees the training of apprentices but also manages them on a day-to-day basis as the leader of several technical teams she is unusually well placed to know what industry is looking for.

Actavis launched its scheme in 2011 and contributed to the development of standards for apprenticeships as a science industry partner for the Trailblazer scheme, designed to give employers greater ownership of professional skills training. Representing Actavis, Hilary took the leading role for the standards relating to laboratory technician and science manufacturing technician apprenticeships, which were published in 2014 as part of the first phase.

For the workplace, you need competencies as well as qualifications, Hilary says. Those can sometimes be lacking in young employees who have taken a more academic route to industry. She says that several factors have contributed to high uptake in the years following the 2007–8 financial crisis. ‘There were quite a few young people who had A-levels and who might normally have gone done the university route but they didn’t want to incur such huge debts.’ They were also attracted by the opportunity of a job at the end of their training. However, reaching prospective candidates, especially in more rural areas, remains an ongoing challenge. Hilary says the Big Bang South West event has helped spread the word. In 2013, she took the Actavis apprentices to demonstrate science experiments to 2500 students and talk about apprenticeships.

After university and a PhD, Hilary worked for several years for Pfizer, where she had apprentices working for her as part of her direct team and got involved with a wide range of activities at the RSC. But her interest in science developed at a much younger age when her parents gave her a chemistry set for her eighth birthday, which drew her to the practical side of science.