Philip Robinson talks to the creator of comic chemistry cartoons 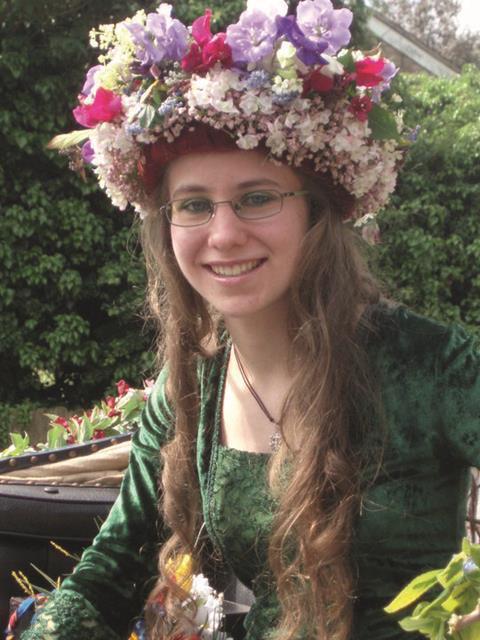 ‘I’ve always drawn cartoons but not always in the right circumstances,’ says Jess Ham. Jess is telling me about her lifelong love of cartoons and drawing. Her creations are most often found lurking at the back of her exercise books but this year they’ve been getting a lot more attention. Jess was chosen as the winner of the Bill Bryson Prize for science communication, and her comic creations are being noticed.

The Bill Bryson Prize judges were impressed with Jess’ wit and her clear presentation of the science, but her talents haven’t always received such a positive response. ‘I was thrown out of the rainbow guides, aged five, for drawing a picture of a big angry toilet,’ she recalls. And at school, while her love of cartoons led her to study art for her GCSEs, she discovered to her frustration and disappointment that cartoons are, apparently, not art. ‘I thought that I might learn about drawing and that it might be a chance to be creative, but I was horribly wrong. I was even told that I would fail.’ She didn’t fail, but she didn’t go back either and art’s loss became science’s gain. Now, with a clutch of all-A science and maths A-levels, she’s about to start studying chemistry at the University of Oxford.

It was in Year 10, ‘when things started to explode,’ that Jess’ interest in science began to blossom and her irrepressible creativity soon became apparent to her teachers. ‘I’ve always done slightly odd homework. Not always comics. I once made a revision moth – a paper moth with revision notes all over it – and I’ve been known to write homework on toilet roll.’ This unusual approach to her work prompted Jess’ chemistry teacher to suggest that she should enter the Bill Bryson competition. So Jess took her chemistry characters Hazmat Cat, Agent Reagent and their companions out of the exercise book and off on a pun-laden adventure to the Olympic Games.

Her latest piece (opposite) sees the intrepid chemists solving another puzzle with their analytical skills, this time in a water treatment plant run by the mysterious Count Spatula. ‘[The plant] is called Shitby Abbey because apparently Whitby Abbey was the inspiration for [Bram] Stoker’s Dracula,’ Jess is keen to point out. ‘It’s not a comment on Whitby. Whitby’s a perfectly nice place.’

Producing her cartoons is a labour of love, says Jess, with hours of drawing and redrawing. And there’s a good deal of research involved too, which has to be carefully refined to fit. ‘I end up with loads of information and then I have to whittle it down to the bits that end up in the comic. A lot of it isn’t necessary but I want to make sure it’s all correct. Especially if it’s going to end up in a chemistry magazine.’

But after their sudden fame, the Flask in a Mask team might soon be heading into retirement when Jess heads to Oxford. ‘There’s loads of work to do, and then there’s meeting all the new people; I don’t think I’ll have the time to sit for hours and hours doing cartoons.’ Then, after a moment, she adds: ‘Mind you, I say that now. But I never learn…’ 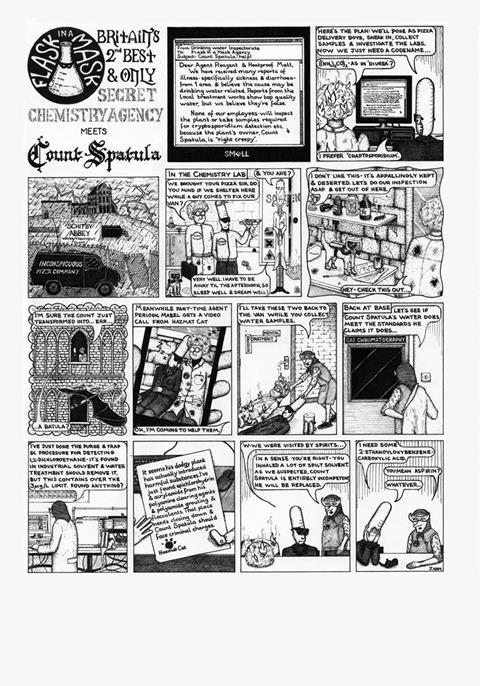