The Royal Society of Chemistry (RSC) has made several awards in recognition of achievement in chemical education. 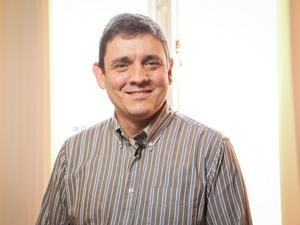 The Nyholm Prize for Education has been awarded to Nick Greeves, for the creation and development of ChemTube3D, an open education website hosting interactive 3D animations and chemical structures.

Nick is an academic at the University of Liverpool, where he is director of learning and chair of the Technology Enhanced Learning working group. His research is focused on the design, discovery and development of enantio- and stereo-selective reactions and their application to synthetic methods for biologically active natural products. But to a generation of chemists, he is known first and foremost as one of the authors of the hugely successful undergraduate textbook Organic Chemistry, first published in 2001.

‘A lot of the credit for my attitude to education has to go to Stuart Warren, my PhD supervisor, who was a brilliant teacher,’ he says. In the late 1990s, Nick got a call from Stuart asking if he would help to write a textbook. The plan was to create something specifically for the UK. ‘I was acutely aware that the textbooks I was using at that time – predominately American books – were not suitable for the material I was teaching or the way that I was teaching it,’ he explains. Nick signed up, and together with Jonathan Clayden at the University of Manchester and Peter Wothers, also at Cambridge, they created what they referred to as the BTOC: the British textbook of organic chemistry.

Nick didn’t know it at the time, but this was the start of ChemTube3D. When after a decade the group could no longer hold off the publisher’s requests for a second edition, he decided some innovation was required. ‘I began thinking about ways of presenting chemistry using computers, in three dimensions, in animations, in interactive formats,’ he says. ‘Over a seven year period, from 2007 to 2014, I worked with a team of 27 undergraduates to build ChemTube3D.’ The website is intimately linked with the book, but completely free to access, which according to Nick has been critical to its success.

Nick now spends much of his time helping others improve their teaching through greater use of technology, but he readily admits that the old ways will continue to have a place for some time to come: ‘I still have a strong belief in the value of a good, old fashioned textbook.’ 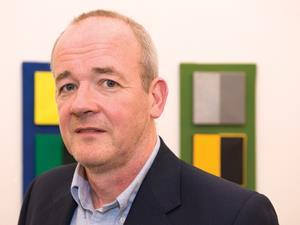 Patrick is a reader in physical chemistry at the University of Manchester, where he studies the electron transfer reactions involved in photosynthesis. He is particularly interested in combining computational chemistry with high resolution magnetic resonance spectroscopies to probe the underlying rules of electron transfer.

Alongside his research, he has taught physical chemistry at undergraduate level for over 20 years and published a large number of articles on pedagogical innovations. Thus, he was an obvious choice when the university decided it wanted to create some MOOCs (massive open online courses). Patrick was asked to lead the team that created the Introduction to Physical Chemistry Coursera course based on first year undergraduate material. It features short video lectures, accompanied by computer-simulated laboratory experiments. ‘The students could actually interact with the simulated experiments, take readings – they could even be assessed on how they did,’ he explains.

Although these experiments required specialist assistance, teachers interested in adding videos to their lessons should not be put off by technical aspects. Videos are now relatively straightforward to create, he says: ‘a little more difficult than doing a PowerPoint-type video perhaps, but not a lot.’

Patrick adds: ‘The mistake people sometimes make in this area is they think it has to be very fancy, “BBC” quality. But actually you can make it worse that way.’ Students are not hugely interested in high production values and flashy graphics. Primarily, they want something that is ‘clearly explained and clearly laid out’.