Bologna - is the UK missing out?

In 1999, the UK's HE minister, Baroness Blackstone, met her counterparts from 28 other European countries in Bologna where they all agreed that by 2010 they would establish a European Higher Education Area by '... adopting a system of comparable degrees ... [and the] ... establishment of a system of credits - such as ECTS [European Credit Transfer System]'.

Later this month, the now 45 signatories to the Bologna declaration will meet in London to review progress. But can the UK's representatives, Bill Rammell (MP) and Universities UK president Drummond Bone, be confident of the UK's contribution so far and its commitment to the tasks ahead?

Either through legislation or persuasion most countries have now adopted a three-cycle system - bachelors, masters and doctoral programmes - based on ECTS credits. Ministers have approved a European Qualifications Framework (EQF) which defines outcomes at the end of each cycle (the 'Dublin descriptors'), and have set ranges of ECTS credits for the first (180-240) and second cycles (90-120). 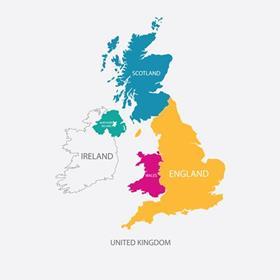 Other countries are following the UK's lead

The UK has led in the creation of the EQF and in defining outcomes through the Dublin descriptors. The Quality Assurance Agency (QAA) for HE has provided the leading model for institutional quality assurance and shown the benefits of subject accreditation.

The rest of Europe has largely followed the UK in embracing credit. However, whereas our universities and regulators have spent years looking inwards trying to find a common system, other countries have simply implemented ECTS. A potential lead has been thrown away.

Europe has also adopted the UK's terminology of 'bachelor', 'master' and 'doctor' for their degrees. However, this has resulted in complacency on the part of UK universities and the Government, with a former secretary of state for education erroneously asserting: 'Europe is moving towards us'. The UK has chemistry departments of global stature, vibrant teaching, increasing student numbers and is growing in confidence, so does this complacency matter?

I believe it does matter. If the UK is to be seen by the rest of the world to be the leading place for HE in Europe, its systems must be compatible with those prevalent on the continent. The main benefit of the Bologna Process is that it provides greater differentiation of purpose between phases of education, which is becoming more important with increasing participation in HE. The reforms represent a move from simply thinking in terms of undergraduate and postgraduate studies to:

The failure of UK Government to commit to the reforms is causing growing concern in the UK chemistry community for good reason:

The Government's answer is to argue for reform of the ECTS system, which is needed, and to support the status quo, which I believe is futile in the long term. Many academics will say that the real issue is funding. It is not, however, simply about more money because the funding model reflects what institutions currently do and what the Government wants.

The task for the UK's representatives this month is to provide leadership at home at institutional and governmental levels. Their challenge will be to convince the Government to create a flexible funding model that recognises the crucial role of the second cycle. This will enable the forward thinking necessary for the UK to be at the cutting edge of the European Higher Education Area.

Tony Ashmore is registrar of the Royal Society of Chemistry (RSC). The views expressed are his own