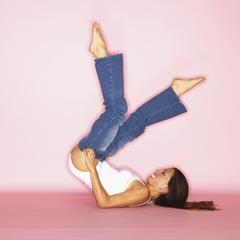 Pasteurisation is one example of the incorporation of the name of an inventor in a word used to describe the process he invented, in this case Louis Pasteur (1822-95). Pasteur and Claude Bernard developed the procedure in 1862 when they showed that heating fresh foods such as milk and wine killed enough of the microorganisms in the food to prevent spoilage. This is done at lower temperatures and for shorter times than sterilisation, a process which kills all the bacteria but also alters flavour and taste. Other terms used to describe inventors' legacies are less familiar than pasteurisation.

Kyanising is the name of an old process for protecting wood against attack from woodworm by impregnating it with corrosive sublimate, known today as mercury(II) chloride. Invented by John Howard Kyan (1774-1850) and patented in 1832, the process had a short spell of popularity until it was found that the chemical used made iron nails in the treated wood become brittle and so it was discontinued.

A process that is still used in the textile industry is sanforising and you can still buy sanforised cotton. The cotton fabric is treated mechanically to remove the tension in the fibres produced during manufacture. This helps to reduce shrinkage after washing. The process was named after Sanford L. Cluett (1874-1968), an American textile scientist who invented the process and patented it in 1930 for his family company, Cluett Peabody and Co.1

Another fabric treatment is mercerising, where cotton fabrics are treated with sodium hydroxide to make the cotton fibres easier to dye and to alter their surfaces to make them shiny like silk. The process was invented by the Lancastrian chemist and calico spinner John Mercer (1791-1866) in 1844.

In 1839 the American inventor Charles Goodyear (1800-60) developed a process for making natural rubber more useful and longer-lasting by heating it with sulfur. He patented the process in 1843 in the US. Eight weeks earlier Thomas Hancock had patented the same process in England. Rather than name his discovery after himself, Hancock, on the suggestion of a colleague, named the process vulcanising after Vulcan, the Roman god of fire, blacksmiths and craftsmanship. Goodyear gets the credit for prior discovery and in the US the process was known as curing rubber.

Everything you ever wanted to know about rubber