With the demise of the the Qualifications and Curriculum Agency, who will take responsibility for the school curriculum? 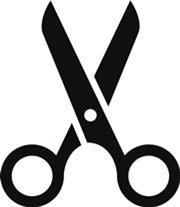 In May, the Government announced cuts to this year's public spending in an attempt to tackle the UK's £156 bn deficit. For the Department for Education (DfE) this meant the end of several quangos, including the Qualifications and Curriculum Agency (QCDA). Who now will take ownership of the school curriculum?

It doesn't seem too long ago that QCDA was being 're-invented' from its predecessor, QCA (the Qualifications and Curriculum Authority), as the body that would advise ministers on monitoring and developing the school curriculum and the delivery of tests and assessment. The regulatory role of QCA went to a new independent body, Ofqual, which now accredits public qualifications such as GCSEs and A-levels, and ensures that standards are maintained.

If we assume that the Secretary of State for Education is not getting rid of the National Curriculum, the question now arises as to who should take ownership of the school curriculum to ensure that it is kept up-to-date and fit for purpose. As Education in Chemistry went to press, rumours were that the DfE would probably take this role, but it was by no means clear.

The fall of this quango comes amid growing criticism about QCDA's processes and procedures. In a letter to Michael Gove, the Secretary of State for Education, in June, Dr Richard Pike, chief executive of the RSC expressed his concerns about the 'flawed processes' that QCDA had in place which were hindering the development of the curriculum, and said the RSC would be willing to work with the appropriate bodies to address the issues. 'The science GCSE development process outlined by QCDA lacked clarity, there have been no clear guidelines on how bodies such as ourselves should be engaged in the process, and there are conflicts of interest that arise from the commercial nature of the awarding organisations', he wrote. 'As a result of this flawed process', he continued, 'the current specifications and specimen assessment materials for the new science GCSEs will not offer significant improvement over the current GCSEs'.

The benefits of introducing national criteria for GCSE and A-level are also questionable, according to chemical education consultation, Andrew Hunt. 'What has tended to happen', he explained, 'is that QCDA, and QCA before, has taken months to consult on the criteria and left ridiculous amounts of time for the awarding bodies to produce specifications, which consequently are not as good as they should be'. The 2006 GCSE science specifications, he explained, represented quite a radical change to the 14-16 science curriculum, and while the content was generally welcomed the assessment has been criticised as being weak and inadequate in not stretching the most able candidates. Had QCDA focused on this problem, rather than going back to the content in the criteria, as forced by its five-year 'big bang' approach, this would have been more responsible, suggests Hunt. Schools would have been able to continue using the same textbooks with minimal disruption and extra expense.

Over regulation of the school system, which many believe has led to the deprofessionisation of teachers, is another moot point. High-stake assessments, league tables, performance management along aside Ofsted, Ofqual and QCDA have forced compromises on education by schools, on the one hand, to climb league tables, and by the awarding bodies, on the other hand, to win customers. Hunt suggests that an appropriate combination of Ofqual and Ofsted should be enough to ensure there is fair play and standards are maintained. Moreover, since QCDA reduced the subject focus of its staff, he questions whether it really had the expertise to develop subject-specific curricula.

What might be the way forward? If the ownership of the curriculum resides with the DfE, some worry that it could be resigned to more revisions of the criteria, written in vague political speak by people who haven't been in a school since they themselves left. Libby Steele, head of education at the Royal Society, told Education in Chemistry, 'It is important that the future of the curriculum is looked after in an appropriate way. We recommend that, in-line with Walport's recommendations a standing expert group is set up to advise on the curriculum which brings together those people who are involved in or end users of the education system.'.

There seems to be some agreement in the science education community that as far as GCSEs and A-levels are concerned, these qualifications were in a better condition when they were run by the awarding bodies working under the umbrella of universities in different regions. By cutting the commercial ties of the awarding bodies and extending the 'umbrella' to include the learned and professional bodies, school teachers, school governors and employers, we might reduce the level of political interference in the schools system and address some of the current concerns. By ridding the system of a layer of bureaucracy should make it easier for bodies, like the RSC, to have a creative role in the curriculum.