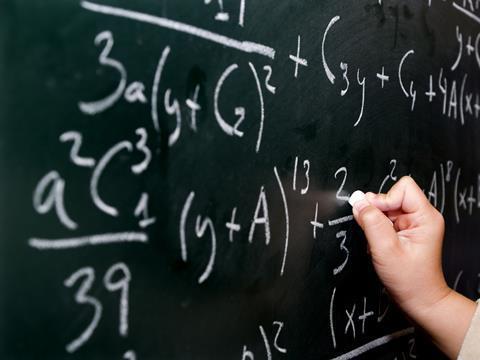 In February, the Science and Learning Expert Group, chaired by Sir Mark Walport, published its report on the state of pre-19 science and mathematics education in the UK. The report finds there is room for improvement, notably in the curriculum and its assessment. But do the recommendations go far enough?

The mathematics content within the science specifications; opportunities for more in-depth study within the subject; and the potential harmful impact of modular assessment were all cited in Walport's report as 'areas for improvement' if pre-19 science education in the UK is to prepare young people with the skills and knowledge they need to meet the challenges facing society in the 21st century.

The Science and Learning Expert Group, one of five expert groups set up by the Government to take forward the UK's science strategy, was asked to consider pre-19 science and mathematics education to find out what was working well and what areas needed improvement.

The group, which was made up of representatives from schools, colleges, HE, the professional bodies, and industry, consulted widely via an online questionnaire and a series of meetings with senior stakeholders from the science community.

The report, Science and mathematics secondary education for the 21st century, puts forward recommendations in five key areas, including the content and assessment of science and maths at GCSE and at A-level. According to the report, the assessment process is inadequate in testing students' depth of subject knowledge and understanding of key concepts. To address the concerns, the group recommends:

But do the Walport proposals go far enough?

Following on the heels of this report, an enquiry into the future of English qualifications and assessment, led by Sir Richard Sykes and commissioned by the shadow Secretary of State for Children, Schools and Families last year, was published in March. The two reports share similar concerns, but the recommendations in the Sykes report are more radical.

Andrew Hunt, who has been involved in the design and development of science curricula for the past 40 years, told Education in Chemistry, 'The Sykes report makes clear, for example, that QCDA and Ofqual as currently constituted, are part of the problem because of their lack of expertise and closeness to interventionist politicians. This means that they persist in having a detrimental effect on the burgeoning assessment system. Sykes' recommendations would lead to the demise of QCDA and a restriction in the role of Ofqual which would, in future, regulate awarding bodies but not individual qualifications. This ties in with my experience that the exam boards that preceded the awarding bodies were better at developing good science specifications in the days when they were not heavily regulated and forced to work to externally imposed and impractical timetables'.

According to Hunt, the pressure on schools to offer separate sciences and, soon, double maths, has a cost in terms of narrowing the curriculum and a consequential imbalance that is too often ignored. This is a weakness of the Walport report, he said, which refers to science and maths but ignores the wider curriculum context in which they are studied.

It is important that future scientists study humanities, languages and the arts as well as science and maths up to the age of 16. Strengthening the science curriculum and assessment regimes should not compromise other aspects of the students' education.