It was probably silicones.

Arent they the same as silicon? 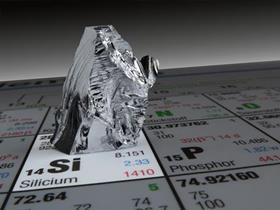 No, silicon is an element, a grey semi-metal belonging to Group 14 of the Periodic Table. Identified by Antoine Lavoisier in 1787, the element was first isolated in 1823 by Jöns Berzelius.

So what's the difference?

So what are silicones?

Silicones are compounds with a polymer chain-like structure comprising silicon atoms alternating with oxygen atoms. The silicon atoms are also linked to carbon atoms of organic side chains. Silicones were first made by F. S. Kipping, professor of chemistry at the University of Nottingham, 100 years ago. He made compounds R2 SiO (where R is an alkyl or aryl group) and called them silicones because they had similar formulae to ketones (R2 C = O), but he was quite clear that they were polymers.

How are silicones made?

They can be prepared by first making the organosilicon chlorides:

and then hydrolysing them with water:

By altering the chain length, varying the side chains and changing other factors like cross-linking, it is possible to alter the physical properties of the silicones so they vary from liquids through rubbers and gels to hard solids.

What effect was the contaminated petrol having on cars? 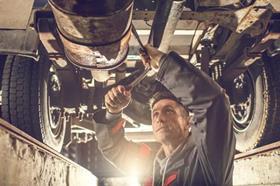 In February 2007, numerous motorists in south-east England complained that their cars suddenly lost power and behaved erratically, juddering and the engine misfiring.

So what had silicon got to do with it?

Mechanics found that the breakdowns were caused by faulty oxygen sensors in exhaust systems. These monitor the amount of oxygen in the exhaust gases and feedback to the engine management system, which controls the strength of the air-petrol mixture. Any silicones present in fuel would have been burnt in the engine, generating SiO2 (silica or silicon dioxide) a white solid. This coated the oxygen sensors and caused them to malfunction. Analytical chemists detected the presence of silicon in some fuel samples by vaporising petrol samples and identifying silicon's characteristic atomic spectrum.

So couldn't it just have been silicon mixed in with the fuel?

No. For one thing, silicon is insoluble in petrol. And the analysts only detected the presence of silicon, without identifying which silicon compound was present in the fuel.

So what were silicones doing in petrol?

Good question. Silicones are used as sealants and in some lubricants like silicone grease, and also as foam inhibitors. No one knows how silicones got into the petrol (or they are not saying). The companies concerned suspended sales of unleaded fuels at some of the garages, then the source of the problem was eventually traced to an oil depot at Thurrock in Essex.