We might never know what happened at Birling Gap in August. Ida Emilie Steinmark investigates 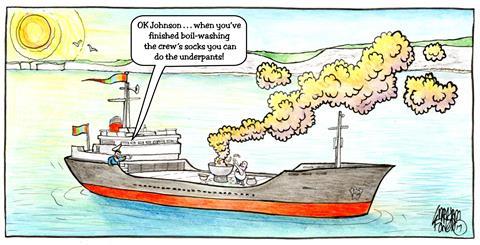 It sounds like the beginning of a novel. A balmy Sunday afternoon on the south coast of England, people are enjoying the summer weather. Then, out of nowhere, a haze appears, about to turn a pleasant afternoon into a nightmare.

The first reports come in at 5pm. Eyes are streaming with tears. People are vomiting. There’s a weird, acrid smell in the air. Some think it smells like chlorine, others say it smells like burnt plastic. Panic breaks out. People get in their cars and just drive. They phone their family, telling them to stay inside. The beach at Birling Gap is evacuated. Everyone is asking: what on Earth is going on?

Two months on, this question has not gone away. The mist has lifted, and there are no reports of lasting injuries, yet we are no closer to solving where the haze came from or what it was.

It isn’t from lack of trying, and several interesting causes have been suggested. An early theory was chemicals drifted-over from France, but this is unlikely due to the limited spread of the haze across the UK coast. Then there was the peculiar sea plume that was caught on satellite images, seemingly coming from a wrecked WWI oil-tanker on the sea floor, at about the right time. Undoubtedly a good story, it too seems unlikely based on the wind direction.

Perhaps the biggest clue was that two local air monitoring stations picked up a quadrupling of the ozone signal. The problem was, that still didn’t amount to much. ‘It’s an unusual spike but only a spike from quite a low level to a moderate level,’ explains Ally Lewis, atmospheric chemist at the University of York. Regardless, none of the reported symptoms matched those of ozone pollution: breathing difficulties, chest pain and coughing.

In fact, it turns out loads of other chemicals could just as easily have set off the ozone sensor. Ozone sensors work by comparing two air samples: one in which ozone has been removed by a ‘scrubber’ and a normal one. Each sample is then irradiated with UV light with a wavelength of 254 nm, which ozone strongly absorbs, and the difference in absorption between the samples is directly related to the ozone concentration through the Beer-Lambert law.

Another chemical compound could set off an ozone sensor if it too is removed by the scrubber and absorbs at 254 nm. ‘It could be one of hundreds and hundreds of compounds,’ Ally says, ‘but almost certainly an organic compound of some sort.’ To narrow it down further, you have to look at the scale of incident.

Sussex Police told the Guardian in September that a ship passing through the channel is considered the most likely source, which would indicate a type of bulk organic chemical produced and shipped in large quantities. Additionally, reports said it smelt like burnt plastic. So, ‘if you take something like benzene or toluene, that doesn’t match up at all,’ says Ally. But a different type of volatile organic compound, which often have bad smells, might tick all the right boxes. However, ‘trying to find out what it specifically is would be phenomenally complicated,’ he says. ‘I suspect we’ll never know.’

Can we live with one-off chemical incidents we can’t fully explain?

The whole story begs the question: how much would we like to know about the chemicals floating around us? Can we live with one-off chemical incidents we can’t fully explain?

‘There are technologies now, like time-of-flight mass spectrometers, that are edging towards a kind of “screen everything” approach,’ Ally says. ‘If you had [that kind of infrastructure], you could have sifted through that data and said, okay, has anything unusual happened.’

But this type of measurement is only really used in research and not in routine monitoring. The Birling Gap mist, for all its stealth, showed just how little we know about our environment at any moment.