Are corrosive substances in your school safe? 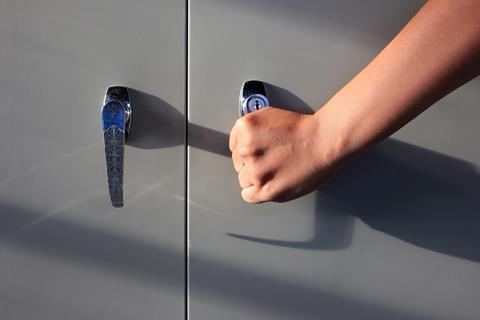 Acid attacks – which include assaults using any corrosive substance, many of which are actually strong alkalis – are reported to have more than doubled in England since 2012. Bleach, ammonia and drain cleaner are often used, with devastating effects on the mental and physical health of survivors.

Many of the substances used are easily obtained and, unlike other weapons, it is not against the law to carry them. This may explain the increase in their use as a weapon of choice. Other substances are harder to source, and schools could be targeted by those wanting corrosive chemicals not easily available on the market.

Matt Endean, deputy director at CLEAPSS, thinks that not all school staff are sufficiently concerned about the security of chemicals on their premises. ‘They don’t worry about the fact schools are rather insecure sites,’ he says.

Horrific assaults, acid attacks are understandably holding media attention. But Matt notes there are lots of motivators for chemical theft, such as for the drugs trade or for making explosives, so security is of utmost importance.

Schools may be thought particularly vulnerable during summer holidays, when building and refurbishment work tends to be done. But Matt emphasises ‘staff should be aware of security at all times’. Schools are rightly concerned about students accessing and taking chemicals: ‘It’s exciting to children to burn a bit of magnesium and they might try to replicate it. That sort of thing,’ he says. ‘But we’re more worried about the fact that schools are targeted for theft for specific chemicals.’

Some schools leave chemicals in labs or in prep rooms overnight for convenience when they should be locked in the chemicals store. But even when they are properly locked away, Matt recommends schools also ‘think about who else has access to the prep room and the chemicals store. Only the chemistry teachers and technicians should have access. No one else really needs it.’

CLEAPPS, with the Home Office, has produced ‘Secure your chemicals’ (pdf), a document with practical advice for securing chemicals used in education. Matt recommends this as a starting point for schools to improve how they manage their chemicals and record-keeping.

Although the number of such attacks is still small compared with knife crime, the rise in numbers and nature of the attacks has victims and politicians calling for tougher sentencing for perpetrators as well as strategies for prevention, such as restricting availability.