The language of maths in science 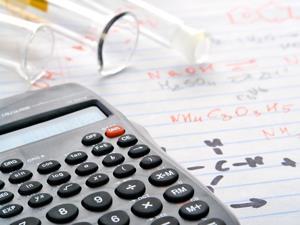 Why do students find it so difficult to apply their maths skills in science lessons?

In recent years teacher members of the Association for Science Education (ASE) have raised concerns that mathematical aspects of science are often not well understood by students.

To look into this problem, we conducted a small-scale survey of science teachers. We found that, in general, teachers were confident in using mathematical ideas in their teaching, particularly in their use of graphs. But the same teachers reported that their students were less confident using graphs – several commented that their students needed a great deal of support with this. This confirmed what we’d found in informal conversations with science teachers who identified rearranging mathematical equations and graph work as two key areas that students find difficult.

The ASE’s Language of Mathematics in Science project (LoMiS) was set up with the aim to support teachers and promote better integration of mathematical skills into science teaching at ages 11 to 16.

Recently, we asked a different group of science teachers to carry out a graph drawing exercise. They were provided with numerical data about an investigation into the yields from a fermentation reaction over time. The data ranged from a yield of 4 units after 2 minutes to a yield of 29 units after 22 minutes. We gave the teachers an A4 sheet of graph paper, a pencil and a ruler and asked them to plot the data.

The results were quite diverse. Some teachers chose to plot with a portrait orientation, others in landscape. Most had ‘time’ on the x axis, but one plotted it on the y axis. Some used a ruler to draw a line of best fit, some drew a freehand curve. One teacher’s plot had the line pass through the origin, but most chose not to have their lines intersect with the axes.

Although science teachers express confidence in their ability to use graphs, there is little common agreement between them on how graphs should be presented.

I offer the following as suggestions for consistent teaching:

The Language of Mathematics in Science project will publish guidance for science teachers on ten areas of mathematical activity, including drawing charts and graphs. The guidance will include glossaries to help science teachers use similar terms to those used in mathematics teaching. There will also be illustrative material describing different approaches in practice.

Richard Needham is a science educator on the LoMiS project team. He can be found on Twitter @ViciaScience.