Is contextualisation the best solution? 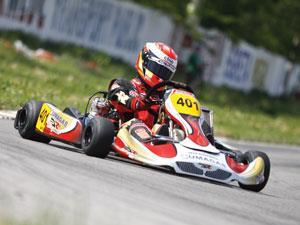 Chemists are required to make decisions in realistic contexts

Trained chemists are required to have the skills and knowledge to make informed decisions in realistic contexts, which involve the integration of scientific knowledge with social, economic and environmental concepts. In this study, Cullipher et al characterised progress in the ability of students to integrate different types of knowledge in selecting the most appropriate fuel to power a go-kart for an amusement park.

The study involved 39 participants from an American university, ranging from freshman level to professor, who were interviewed to ascertain their reasoning while tackling the problem at hand. Analysis of the data allowed the classification of participants into three levels based on the sophistication of their reasoning regarding benefits, costs and risks: intuitive (judgements based on everyday experiences), mixed (intuitive judgements combined with Rationalising reasoning academic knowledge, often used inappropriately) and normative (using appropriate, relevant academic knowledge).

There was a strong correlation between educational level and classification, with all 10 participants at graduate and professor levels being classified as normative, while the majority of those at freshman level were classified as intuitive. Judgements by the latter group were based largely on prior experience rather than academic reasoning. Examples included ideas that octane from petroleum was preferable to that from wood chips as it was commonly known, ethanol was better or safer simply because it contained oxygen, and that methane was better for the environment because it was ‘natural’ gas. Students at this level also tended to assume that compounds, such as hydrocarbons, had similar properties to their components, carbon and hydrogen, and they struggled to explain how energy is released when fuels burn.

Advanced undergraduates were more likely to be classified as mixed, and were able to augment intuitive reasoning with academic knowledge, although arguments about environmental and safety impacts were weak. Beyond that, those at the normative level were characterised by stronger integration of knowledge, and the ability to recognise and weigh up multiple variables in a systematic and effective way.

The authors express particular concern about the difficulties faced by those at the intuitive level, linking this to the predominance of passive forms of instruction at college level. They propose that context-based education might be a solution, and it would be interesting to see if those who have learned in this way, such as UK Salters A-level students, would have more success in tackling similar questions.