Study beyond GCSE linked to confidence and perceptions 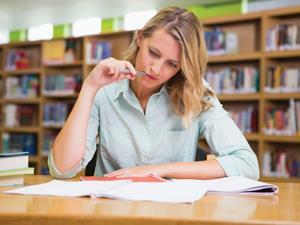 Determining what incentivises students to choose to study chemistry, or any science, at different stages in education can help educators support their career aspirations. Working with GCSE students, Richard Sheldrake investigated the effect of under and over-confidence on students’ intentions to study science at A-level and beyond.

Around 1500 students from 12 UK schools undertook a test and were asked to rate their level of confidence in their answers. They were surveyed to ascertain their attitude to science, their intentions regarding further study, and the grade they thought they would get in their GCSEs. Results gave three categories of student – under-confident, over-confident and those who accurately reported their ability.

Unsurprisingly, one finding was that students who lacked confidence in their ability were less likely to want to study science further despite having the same grades as their peers. For all students, key predictors of their future intention to take science were identified: how much they felt science was a part of their identity; how much they felt science would play a part in their future; their confidence in future attainment; parental influence; and interest in the subject.

While these were found to be predictors of future study, it was discovered that a student’s confidence level raised the importance of some predictors over others. When the three cohorts were studied individually, the predictors for ‘accurately reporting’ students matched the overall trend. Under-confident students however were influenced more by how useful they perceived science to be, how much they valued science and how they thought they were doing. From this cohort, students who thought they were doing well in their present course were more likely to want to follow science in the future. The amount of parental influence and the student’s interest in science were not good predictors of whether under-confident students would choose to study science in the future, although these were shown to be good predictors for over-confident students.

For under-confident students in GCSE science, the key influences on continuation of science study were how they saw it fitting into their future life and career, and how much science factored in their personal identity. Promoting these aspects to all students could increase the numbers who choose to study science at A-levels and beyond, without pressurising the under-confident.