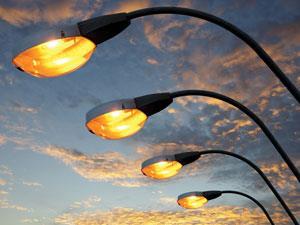 Most people have heard of sodium, and those who haven’t are generally familiar with its application, although they may not know the vital role it plays.

It is most visible in street lighting. Sodium-vapour lamps are good for night-time illumination because of their high efficiency and because the light they produce penetrates mist and fog particularly well. As the bulb warms up, the sodium vapour becomes excited, emitting a characteristic yellow light of wavelength 589 nm. Today, however, LED street lighting is becoming more popular because of the long lifespans associated with the lamps. It may not be long before the familiar, warm yellow glow of sodium-vapour street lighting becomes a thing of the past.

You are what you eat

Despite the bad publicity in recent years (excessive sodium intake increases blood pressure) salt (NaCl) is vital for life. You have around 100 g in your body right now. Around 3 g is lost each day in urine and sweat, which is why it’s a vital part of our diet. In the body, sodium works in conjunction with potassium. As the ions move in and out of nerve axons, they generate waves of electrical pulses that travel through the nervous system.

But there’s much more to sodium than these familiar occurances.

Salt is a major resource of the chemical industry. Fortunately, there’s plenty of it: the Earth’s crust is 2.3% sodium by weight, the sixth most abundant element. Most is still mined as halite (rock salt) or extracted as brine (see The lion, the wich and the waller, p26), but a growing amount is produced from seawater, which on average has about 35 g of salt per litre. At Dampier, on the northwest coast of Australia, there are vast evaporation ponds that yield 5 million tonnes of salt per year. This represents only a few percent of annual world production, which exceeds 250 million tonnes. Of this, 60% goes to making chlorine and sodium hydroxide, both of which are used by industry.

Salt is a blessing in some developing countries, where it saves lives. Diarrhoea and dehydration kill millions of babies and children every year, but a drink of glucose and salt helps, and Unicef distributes millions of sachets for making up such solutions. Each contains 20 g of glucose, 2 g of salt, 3 g of sodium citrate and 1.5 g of potassium chloride to be dissolved in a litre of boiled water.

Switching the anion from chloride to carbonate gives another important sodium compound: sodium carbonate, also known as soda. It can be produced industrially or mined and is used in glass production, water treatment and fizzy drinks, where it increases the solubility of carbon dioxide.

What about the pure metal? It is highly reactive and does not occur naturally, but it can be produced by electrolysis, the method devised by Humphry Davy in 1807. He used moist sodium hydroxide, whereas today it is produced from molten sodium chloride, mixed with calcium and barium chlorides, in a Downs cell.

Liquid sodium metal is used as heat exchange coolant in some nuclear reactors. The metal is also needed for the manufacture of various chemicals and for extracting other metals – beryllium, thorium, titanium and zirconium – which it does when it is heated with their halide salts. Other chemicals are produced from it, such as: sodium borohydride (NaBH4), used for bleaching paper pulp; sodium azide (NaN3), the explosive in car airbags; sodamide (NaNH2), used in dye manufacture; and sodium methoxide (NaOCH3), used to make biodiesel from plant oils.

Finally, an unusual coordination compound with a single electron as an anion – called an electride – can be formed by dissolving sodium in liquid ammonia. This gives a deep blue solution that gradually becomes metallic looking as the amount of sodium increases. Sodium truly is a versatile metal.

Atomic number 11, atomic weight 22.99, melting point 98°C, boiling point 883°C, density 0.97 g cm-3. Sodium oxidises rapidly when cut and has to be stored under paraffin. When it burns in air, the main oxide it forms is sodium peroxide, Na2O2. It is a member of group 1 of the periodic table.