Chemistry gives most of the answers

While researching a new book, Bill Bryson takes a trip through cyberspace to try to answer a childhood question – and discovers that chemistry is really quite exciting 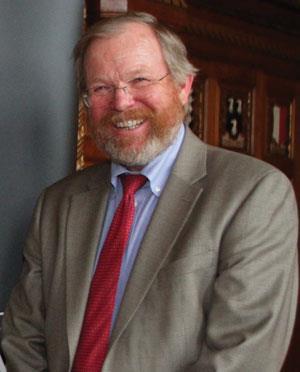 Years ago – decades actually – when I was a junior high school student in Des Moines, US, I remember being taught by a science teacher that all the chemicals needed to make a human body could be bought in a hardware store for a few dollars. I don’t remember the actual sum. It could have been $2.97 or $5 or $13.50, but it was very little even in 1960s money and I remember being astounded at the thought that you could make a slouched and pimply thing such as me for practically nothing. It was such a spectacularly humbling revelation that it has stayed with me all these years.

The question is: was it true? Are we really worth so little?

Recently, for a new book I am working on, I decided to try to answer that question, and I began, as we all do nowadays, with a hunt through the cyber universe. Now you are a scientist, so you would go about such a search methodically.

I am afraid I am not sensible like you. I am a lurcher. My searches can easily proceed from ‘World Cup team’ to ’talcum powder’ just because the first is an anagram of the second. My system (or lack of a system) works for me because I always find lots of interesting but unrelated things on the way to finding out what I need to know.

In this instance, in the course of an hour or so, I learned the following (genuinely):

All of this reminded me of two things that I knew already – that nearly everything you look into leads you back to chemistry in the end, and that nearly all of it is really interesting. If you are a practising chemist, you may want to ask yourself from time to time why more people in the wider world aren’t aware of that.

With respect to my actual quest, I did make some good progress. According to a helpful website run by the Thomas Jefferson National Accelerator Facility in Newport News, US, we are all 99% hydrogen, oxygen and carbon, with the rest made up of a light but judicious dusting of about 40 trace elements – not just nitrogen and calcium and phosphorous, as you might expect, but also molybdenum, chromium, caesium, cobalt, zirconium, even arsenic and uranium.

Altogether, some 7x1027 atoms – that is to say, 7 billion billion billion – are collectively engaged in the complex but generally thankless business of being you. Of this enormous number, about two-thirds are hydrogen atoms, one-quarter oxygen, and one-tenth carbon. By weight, I was comforted to learn, I am mostly oxygen. That was good news for me because I thought I was mostly fat.

So how much do I cost?

Finding out how much these various elements would cost you at Boots or B&Q was not so easy. According to Anne Marie Helmenstine at a website called about.com, all the elements in your body are worth only $1, but she doesn’t explain or specify, so I don’t know if she is guessing or basing it on a lifetime’s careful study, but I slightly suspect the former.

In 2012, Nova, the long running science series on public television in the US, did a cost analysis for a show called Hunting the Elements, and came up with a figure of $168. Earlier this year, the Royal Society of Chemistry held a competition to find out how much Benedict Cumberbatch’s elements were worth and concluded that the necessary volume of hydrogen alone would cost only £16.00 or so, but the whole package would come in at over £96,500. Clearly, we are a long way from unanimity.

But that’s OK. Uncertainty means I must do more searching, and that will inevitably produce other nuggets of unexpected intellectual delight.

One question I couldn’t find an answer for, incidentally, is why Newport News – home of the Thomas Jefferson Lab mentioned above – has such a curious name. The answer, it seems, is that nobody knows. According to a website run by Troy University, US, the name may be a corruption of the Old English word ‘ness’, signifying a point of land, or it may be connected to some people named Newce, but nobody really has any idea. Which just goes to show that there are some things that even chemistry can’t tell us.

Bill Bryson is the author of many bestselling books including A short history of nearly everything, the royalties from which Bill kindly donated to the Royal Society of Chemistry. This was matched by the RSC and Bill’s publishers Transworld and now funds the RSC’s schools’ science communications award.