Controlling the quality of herbal medicines 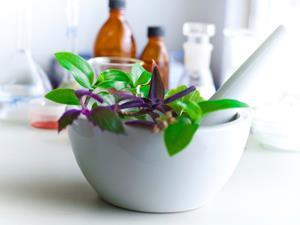 In the UK, all medicines are licensed by the Medicines and Healthcare products Regulatory Agency (MHRA) to ensure they are safe and effective. Since May 2014, all manufactured herbal medicines must also be registered by the MHRA, a measure brought in to address the problem of adulteration and of herbal medicines containing the wrong herb.

An important part of this process is ensuring all medicines – herbal and conventional – are manufactured to a high quality. A collection of quality standards called the British Pharmacopoeia (BP) is central to this quality assurance process. Manufacturers who want to market their products in the UK are legally obliged to meet the standards outlined in the BP. The BP is also used and referenced in regulations in other countries.

Today, the 151-year-old BP (see box) contains around 4000 entries – called monographs – including veterinary drugs, substances to facilitate absorption or solubility, as well as conventional and herbal medicines. Of these monographs, 347 are related to herbal medicines.

A typical medicinal substance monograph consists of sections on tests used for identification of the substance and quantitative assays for determining how much of the substance is present. Lists of known likely impurities are also given, together with methods for their identification and quantification, plus how much of each impurity is permitted. Identification tests rely on a wide range of methods, normally including visual appearance, chemical tests, infrared (IR) spectroscopy and thin layer chromatography (TLC). Quantitative assays are normally done by chromatographic procedures, for example high performance liquid chromatography (HPLC). Monographs are updated as new analytical methods are developed and other advances are made.

Herbs go under the microscope 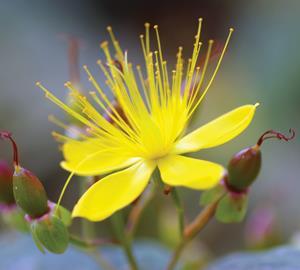 Traditionally, plants are identified and classified by comparison with comprehensive descriptions of the structure of the species’ leaves, or other relevant plant parts, at both the level that can be seen with the human eye and under the microscope. This poses a problem for any herbal medicinal products that contain only small fragments.

The difficulty of identifying active ingredients can be illustrated by comparing a medicine such as aspirin with a herbal medicine. We know that aspirin tablets work because of the pharmacologically proven activity of acetylsalicylic acid. So identification tests focus on identifying that molecule. One of these tests is an IR spectrum, which will be compared against a known standard sample of the substance. However, herbal medicines often contain complex mixtures. For example,Eclipta prostrata – which is traditionally used in Ayurvedic and African medicines as a tonic and to treat various disorders including stomach ache, diarrhoea, liver and spleen issues – contains numerous major chemical constituents including triterpenes and flavonoids. St John’s wort, used in the treatment of mild to moderate depression, contains flavonoids, naphthodianthrones and phloroglucinols. All these classes of compounds in St John’s wort are accepted as having biological function and none of the phytochemicals have been shown in isolation to be responsible for the drug’s action. For both these herbal medicines, it is the whole preparation, not a single compound, that needs to be considered in any identification test.

Another issue is that the exact composition of a herbal medicine will be dependent on the environment in which it is grown and how it is stored. If such plants are harvested from the wild, contamination can occur during harvesting if other plant material is inadvertently collected, adding another layer of complication.

Compared with the identification of pure crystalline compounds in conventional medicines, such as aspirin, techniques used for herbal medicines can be time consuming and more involved for analysts, but identification is still achievable. 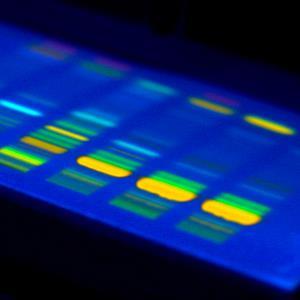 TLC is a useful tool, which is relatively straightforward to perform and is widely used as an identification test in the BP for conventional medicines. In recent years, high performance thin layer chromatography (HPTLC) has replaced TLC in several contexts as it gives increased resolution of components of a complex mixture and can give more quantitative information. The BP is currently working on the use of HPTLC as an identification test method for some herbal medicines including the Vitex negundo leaf.

The use of DNA barcoding for the development of identification tests for herbal medicines is also being explored. This has the advantage that DNA is present in all living or once-living material, it is not affected by environmental factors, it is relatively stable in stored material and, crucially, is species-defining. Several regions of DNA are required for proper identification of a species, however only a very small sample is needed for analysis. The ability to rapidly test large numbers of samples, while ensuring consistently high-quality data is provided, will be necessary before this approach can be rolled out. Because there is limited information on DNA barcoding for plants (there are only limited libraries of DNA barcodes), identification of contaminants and adulterants may be difficult and DNA techniques give only limited information on the quality of the sample. As such, DNA profiling is not likely to be a stand-alone method in this context, but rather will be used alongside other chemical tests and taxonomy.

The success of the DNA barcoding project will rely on the close collaboration of analytical chemists working alongside taxonomists and geneticists. The work illustrates just one of the exciting opportunities for analytical chemists in medically-related careers.

Matthew Almond is dean of faculty and professor of chemistry education at the University of Reading, UK. Samantha Atkinson is scientific director of the British Pharmacopoeia Commission at MHRA

History of the British Pharmacopoeia

In 2014 the British Pharmacopoeia (BP) celebrated its 150th anniversary, but its precursors have been around for centuries longer than that. The London Pharmacopoeia – the earliest BP precursor – was first published in 1618. The BP came into existence in 1864 when the London, Edinburgh and Dublin pharmacopoeias were combined. It was an immediate success, selling 28,000 copies in its first year. 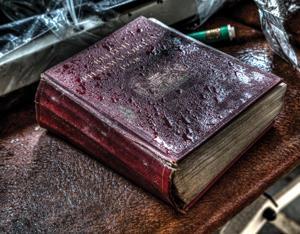 The BP’s aim when first established (and largely still today) was to reconcile dosages of drugs, to combat fraudulent activities and to standardise measurements. Its production therefore caused some disquiet among groups that were profiteering from a lack of quality controls. The preface of the first edition states ‘Of the several functions conferred on the General Medical Council … not one has caused more anxiety than the preparation of the British Pharmacopoeia’.

At the beginning, all the names for BP monographs were in Latin. English names in the monograph titles first appeared in 1953. Some of the medicines listed in the first edition of 1864 remain today, although the ways of testing for them have obviously evolved. Some of the more interesting early monographs include: cochineal, beaver and leeches.

Today the BP is run by a team of 21 staff members supported by expert advisory groups, panels and working parties. The team have their own laboratory for developing the practical methods described in the BP. To ensure UK manufacturers are working to the highest standards, the team also work closely with other pharmacopoeias around the globe.