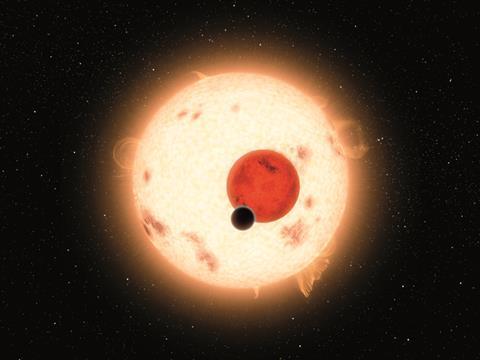 As far as we know, there are very few planets in the universe which are just like our planet Earth. The elements it is made from have played a critical role in allowing life to exist here. However, there may be planets out there whose composition is very different. There is a huge range of possibilities – perhaps there is no oxygen, only sulfur or very little phosphorus but a lot of arsenic. Could life exist on such planets? Scientists have thought about this question for decades. To answer it, we need to understand more about DNA, the molecule of life, the elements it is composed of and consider the results of some unusual experiments.

DNA: The molecule of life

Since its discovery, DNA has been at the centre of many great scientific discoveries and its critical role in the development of life has pushed the boundaries of our understanding. Exploring the chemistry of DNA holds potential for creating new and alien forms of life, and maybe even the chance of spreading life beyond our little planet.

DNA is made up of carbon, hydrogen, oxygen, nitrogen and phosphorus (see The DNA box). Currently, our knowledge of living things is limited to what we know about life on earth and the role these elements play in it. As we expand our reach into outer space, curiosity about life beyond our Earth increases. In attempts to understand whether life could exist elsewhere, researchers need to explore the role of these essential elements of life. Tinkering with the elements that make up this fascinating molecule has been on the minds of scientists for many decades. Only recently have they made progress towards that dream.

Tinkering with the elements

One way of better understanding the roles played by these important elements is by replacing them in key biomolecules and observing the changes that occur in the organism. Although the proposition seems straight-forward, this has been very difficult to achieve in the lab. As with the beginning of every major scientific work, attempts start small. Most work done in the past has been on replacing enzyme cofactors with other elements.

Enzymes are proteins that help catalyse chemical transformations within living cells. You can think of enzyme cofactors as molecules which help the enzyme to perform its actions. Inorganic enzyme cofactors are usually metal ions. Some common metal ions that are found working in human enzymes as cofactors are iron, magnesium, manganese, cobalt, copper, molybdenum, selenium and zinc.

The successful attempts at swapping elements in different enzymes are the replacements of molybdenum by tungsten, iron by copper and zinc by cadmium. All these swaps have been possible because the replacing elements are closely related chemically and structurally to the original element.

For example, cadmium and zinc are both from group 12 and have the same valency (2). This makes it possible for an enzyme to bind to another element which is closely related to the original one.

Building on this work, scientists started the more challenging task of tinkering with the most important biomolecule – DNA. The first few attempts made on DNA outside living cells were successful but attempts at replicating those results in living cells had failed until recently. 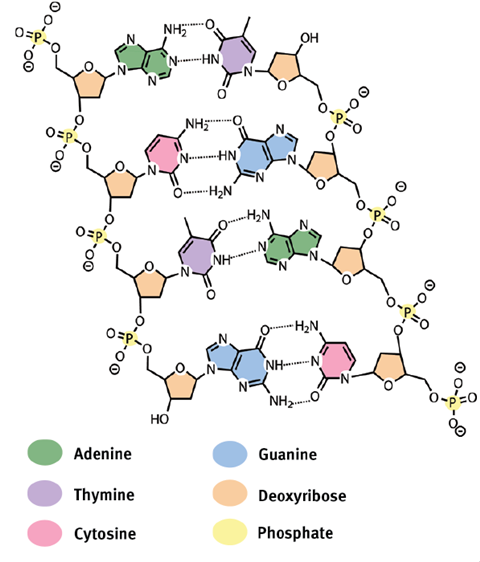 DNA was first isolated in 1869 by the Swiss physician Friedrich Miescher but its structure was not confirmed until 1953. At the time, British molecular biologists Francis Crick and James Watson suggested that DNA exists in the form of a double helix (like a twisted ladder) which consists of two complementary strands of nucleobases held by a support structure.

All DNA is made up of only four building blocks called nucleobases that are held together by a sugar and phosphate backbone. The four nucleobases are adenine, thymine, guanine and cytosine.

The elements that constitute DNA are carbon, hydrogen, oxygen, nitrogen and phosphorus. Interesting, but not surprising, is the fact that along with sulfur, this forms a set of six elements which are the basis of all life on earth. An easy to remember mnemonic for these elements is CHNOPS. The importance of these elements cannot be overstated as the various arrangements of these essential elements give us other vital molecules such as carbohydrates, proteins and lipids. These biomolecules, along with DNA, are essential for the functioning of a cell and are critical to life itself.

DNA is considered to be the blueprint of an organism. If an organism is a simple single cell bacterium then its code holds instructions to build cellular organelles, all the proteins, cellular walls and pretty much everything that is needed by the bacteria to live and flourish. Similarly, if the organism is as complex as a human being, then the DNA holds information not only for building each cell in the human body, it holds instructions on how these cells will make up different elements of the body such as organs and bones and how they function as a whole.

In 2007, researchers from the Massachusetts Institute of Technology in Cambridge, US (MIT), made a surprising discovery. They found that certain strains of bacteria can modify its DNA by replacing one of the oxygen atoms attached to the phosphorus with a sulfur atom. The process is known as phosphorothioation and until recently, this transformation was only ever achieved outside a living cell in a lab. Peter Dedon, the lead researcher in the study said, ‘We are very excited about the implications of this observation.’

A few years later, the research group reported that these genes which caused the modifications occur widely in many other bacteria. Surprising as it may seem, the researchers believe that these genes must have been carried through bacterial evolution from its earlier days when they lived in sulfur-rich environments.

They found that the bacterium that mutated to incorporate chlorouracil, instead of thymine, was naturally selected. Lowering the levels of thymine put pressure on the bacterium to evolve to adapt. In five months the bacterium underwent considerable change. It became much more elongated and had 98 per cent of the thymine in the DNA replaced by chlorouracil.

This is the first organism of a new biology. No organism has ever been discovered or made that has a different nucleobase altogether and the impact of this study is yet to be understood. What it proves though is that it may be possible to form new species with DNA that incorporates atoms of chlorine.

In another interesting paper published in June this year, US astrobiologists, funded by NASA, reported the existence of a bacterium species which they claimed had incorporated arsenic in its DNA backbone to replace the phosphorus. It was found in Mono Lake, a highly salty and arsenic-rich lake in California, US. Arsenic is an element from the same group as phosphorus and possesses similar chemical properties. Unlike phosphates which form strong bonds to provide support for the DNA structure, arsenates can only form weak bonds.

The scientific community in general has shown heavy scepticism towards these results as the presence of arsenic may be very unstable in cells. Further experiments are needed to verify the claim made by the astrobiologists. Samuel Webb, one of the researchers in the study, says, ‘Even if we are proven wrong about arsenic in the DNA, it’s definitely doing something that’s crazy and cool.’ The sentiment expressed by Webb shows the excitement in this field of study.

The origin of life on Earth is still largely a mystery. The six essential elements of life possess some unique chemical properties that give them the ability to interact in a manner that is conducive to life as we know it. And yet, it does not mean that other elements could not do that job. We have seen bacteria that can replace oxygen with sulfur and scientists have created an organism with chlorine atoms in its DNA. This is only the beginning. There is much to explore in the chemistry of life and if nothing else, research has shown us that with such an exciting start, there is surely an even more exciting future.

Mono Lake, California formed at least 76 000 years ago. It has no outlet and due to evaporation, dissolved salts have built up creating a very alien environment. The lake is now 2.5 times as salty and 80 times as alkaline as the ocean!