Josh Howgego discovers the chemistry of food with Peter Barham, the scientist–cook who trains world-class chefs 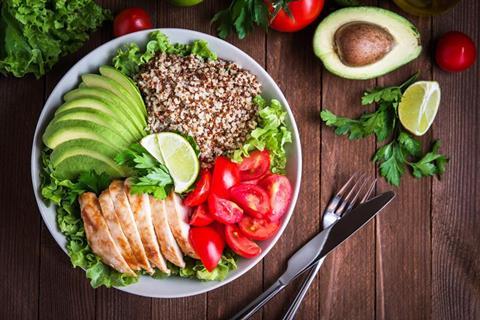 It’s not just taste that influences how enjoyable a meal is, visual appeal and other perceptions are also important

‘So – I have to ask – what is your favourite food?’ I’m sitting in the office of Peter Barham, a physics professor at the University of Bristol, UK. I’m not usually so interested in the food preferences of scientists, but Barham is no ordinary scientist. He has a passion for molecular gastronomy – applying science to food and cooking. In fact, Barham is a professor of this subject at the University of Copenhagen in Denmark. He also mentored the chef Heston Blumenthal, who came to him for advice when he was just starting out as a cook. And (with a little help from some liquid nitrogen) he has his name in the record books as the world’s fastest ice cream maker.

‘Pea dust,’ is the response, and Barham looks like he’s savouring the memory. ‘It’s something I helped devise during a visit to Copenhagen,’ he explains. ‘The peas are freeze-dried to remove all of the water and then shaved extremely finely using a precision instrument.’ The result is super concentrated pea material that is so fine it spontaneously diffuses into the nose as you lift a spoonful to your mouth. According to Barham, the combination of intense smell and taste gives a very powerful ‘pea hit’.

I find the idea of a ‘pea hit’ hard to imagine, but Barham’s answer illustrates an important point: when it comes to food, it’s not just taste that determines our experience. There are many other sensory inputs involved. Barham tells me that even subtle factors such as the colour of a plate can have a huge impact on our perception of food. For example, a cooked breakfast on a blue, plastic plate will feel less enjoyable than the identical meal presented on a clean, white ceramic one. 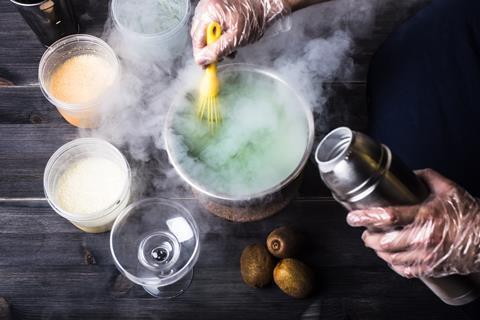 Gastronomers use liquid nitrogen to prepare many desserts, like ice cream and caramel popcorn panna cotta

The way food is prepared is also important, since properties like texture have a strong influence on how we perceive food. A great example is ice cream making. The speed with which the water in ice cream freezes determines the size of the ice crystals, and this in turn determines the texture. Cooling slowly in a freezer gives the crystals time to grow large, resulting in the slightly grainy ice cream we are familiar with. But using ultra cold liquid nitrogen at –198°C freezes the mixture in just a few seconds and there is only enough time for very small crystals to form. This gives an extremely smooth ice cream.

Taste and smell – mediated by molecules

But good texture is nothing without a pleasing taste and smell – and these come from the molecules that make up our food interacting with receptors in our mouth and nose. A piece of food is composed of many thousands of different molecules such as proteins, sugars and carbohydrates, so it’s not always easy to link individual molecules to particular tastes. And the complexity only increases when we cook food, where the heat energy allows the molecules to react, creating new ones.

But although there are millions of different food molecules, our mouths actually have just five types of taste receptor: salt, sweet, bitter, sour and umami. Umami has only recently been acknowledged as a separate taste. It’s best summed up as the taste of savoury things, and it is found in foods like cheese and seaweed. The taste comes from glutamic acid, and that’s why many foods have monosodium glutamate (MSG) added to them for extra flavouring.

Interested in the science of taste? The journal Nature created a podcast all about it. You can listen to the presenters enjoying ’seaweed chips’ among other delicacies.

Interested in the science of taste? The journal Nature created a podcast all about it. You can listen to the presenters enjoying ’seaweed chips’ among other delicacies (http://bit.ly/LnjCbo).

Our noses, on the other hand, contain lots of different olfactory (smell) receptors and so much of the flavour of food is actually determined by its smell. This makes the small molecules that waft up into our noses very important for molecular gastronomers. Some chemicals can also interact with receptors in the skin and mucous membranes to elicit other sensations such as touch and even pain. This process is called chemesthesis and it is the mechanism by which we perceive the heat in food like curry or mustard as well as the coolness of menthol, such as in toothpaste. Chemesthetic sensations persist for many minutes, unlike taste and smell, which are most intense for a few seconds after contact with the chemical. This makes chemesthetic molecules powerful tools for chefs.

The word for the fifth taste, Umami, comes from the Japanese words ‘umai’ (delicious) and ‘mi’ (taste). It was named by Kikunae Ikeda, who first noticed that crystals of glutamic acid were responsible for the taste in 1907. The name wasn’t officially adopted until 1985. 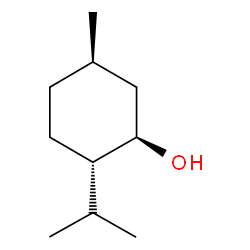 Whether they realise it or not, all chefs are chemists. They bring together chemicals and heat (cook) them so they will react to make new, tasty or fragrant molecules. For most of history, a trial and error approach to cooking has worked excellently, but to carry fine dining into the realms of science, a deeper understanding of these chemical reactions is needed. 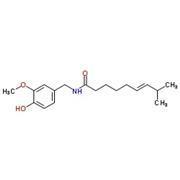 Perhaps it will come as no surprise that the first person to make any headway in this area was from the great foodie nation of France. Louis Maillard began studying the reactions of sugars with amino acids in the 1900s. There are many, many different types of sugar and 20 or so types of amino acid (mostly from proteins) in our diet, which means the reactions between these molecules produce an incredibly diverse range of products. But the basic mechanism of the reaction is usually the same.

First, the amino acid undergoes a condensation reaction with the sugar (in its open chain form known as an aldose, rather than its cyclic form) to form an amide. After several proton transfer steps and the loss of water from the molecule, a ketone called the Amadori compound is formed.

The Amadori compound is a key intermediate formed during cooking and roasting processes in a wide variety of foods. In itself, it is not particularly flavoursome but it can go on to make different products that are. The conditions used in cooking could take these reagents down any number of different routes to produce completely different compounds, which makes things interesting for the chef. For example an acidic pH means that lots more hydroxyl (–OH) groups are lost. Such dehydration causes cyclic molecules to be produced. Providing a source of sulfur (which could come from sulfur-containing amino acids like cysteine), and a very high temperature (think of that oven/grill) then promotes condensation reactions to form organosulfur compounds. The flavours that these compounds give to foods are characteristic of the crust of freshly baked bread, roasted coffee and roasted meat. The state of the art in molecular gastronomy at the moment is learning how to direct this reaction towards specific compounds in order to achieve a particular flavour.

Learn more about the chemistry of cooking with the RSC’s resource Kitchen Chemistry.

Learn more about the chemistry of cooking with the RSC’s resource Kitchen Chemistry (http://bit.ly/LmfsQP).

Given how complex it all seems, I’m wondering whether Barham has any tips that budding molecular gastronauts can use in their own kitchen? ‘Well, I have three vacuum pumps at home,’ he says, ‘but not everyone has access to that sort of thing.’ However, good cooking is all about thinking how diners will perceive your food, he says. Studies have shown that – up to a certain point – diners enjoy complexity. So tricks like serving a mixed fruit juice, for example, rather than simple orange juice, can go a long way. But Barham says ‘tricks’ is a bad word, ‘because, really, it’s about understanding.’

We may be on the cusp of realising how little we actually know about taste. It is only in the last 12 years that the structures of our taste receptors have been identified. And very recently scientists have discovered these receptors are not just in our mouths, but also the airways, gut and – rather strangely – even on sperm cells. No one knows why. The way we experience food depends on subtle interactions between food molecules and our bodies. These new findings seem to suggest that we are still far from fully understanding this phenomenon.

Interestingly, the molecules developed during the cooking process are not ‘natural’ (in the sense that they are not present in the food without cooking), although most people would consider them as such. Consumers are generally much more wary of additive flavourings, which are actually more ‘natural’ and are often simply extracted from fruits without chemical manipulation. Some natural flavour enhancing ‘E-number’ compounds are shown below.