Time to perform experiment: 5 mins, then check at regular intervals 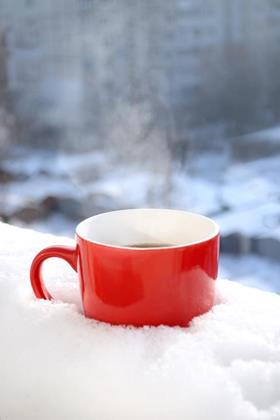 For many, it may seem odd that hot water freezes more quickly than cold. However, throughout history, it has been known that warm water does in fact freeze faster. This phenomenon was brought to public attention in 1963 by a 17 year old Tanzanian student called Erasto Mpemba. He came across this by accident as he rushed to make ice cream and didn’t allow time for his milk and sugar mixture to cool (He was trying to make sure that there was enough freezer space left.). To his amazement he found that the ice cream he made by freezing a warm liquid had frozen before his classmates’ made with cold mixtures. But here is the amazing bit of the story: when he told his teacher what he had observed, the teacher told him that he must have been mistaken, as a warm liquid could not freeze before a cooler liquid. Nobody believed him.

Fortunately, Mpemba didn’t give up and eventually put his observations forward to a university professor who visited his school. The professor tried out his experiment and found that hot water did freeze more quickly than cooler water. Over the years many people have tried to perform this experiment, some have managed to replicate it and some have failed.

This experiment, which at first seems to go against our understanding of how things cool with time, is an excellent example of how scientific research can lead to a magical understanding of chemistry. It also demonstrates that there is no age restriction or hurdle at which someone becomes a scientist, because being a scientist is just a matter of thinking scientifically.

Several theories have been proposed to explain the phenomenon and in this issue we are going to test out some of those ideas. First of all, its important to start by setting up your equipment properly.

In this experiment, we will attempt to see what effect that the initial temperature of the water has on how fast it will freeze.

You can vary the experiment by:

It is important to be open minded with chemistry, and science in general. Some things that first appear to be a contradiction to our understanding can in fact be the opening idea to a new theory or concept (remember how the Mpemba effect was first rejected by his classmates and teachers). By keeping an open mind on what he observed and not on what he expected to see, Mpemba was able to show that hot water did in fact freeze more quickly than cool water.

Ice has a regular crystalline structure, which is very similar to that of diamond.