Not all experiments go to plan

If a practical doesn’t yield the expected result, use it as an opportunity to introduce serendipitous science and its unexpected benefits for society

How often do your students’ experiments (or your own demonstrations) produce results that differ from the intended ones? Do you then encourage your students to think about why the experiment ‘failed’? Because of time constraints and exam pressure, you probably tell them to ignore that ‘wrong’ result and learn the ‘right’ one.

However, this is not how scientists work. Students should learn that scientists do not ignore unexpected results. We should tell students this, so they appreciate how the real world works, but also because many exam specifications, for example GCSE, include an appreciation of scientific method.

When something goes wrong in a production process, it is essential to work out why, and correct the problem as soon as possible. Was it human error? Faulty materials, or a malfunction? Scientists must investigate.

Research scientists have a different target. They are not trying to consistently produce set results. They investigate materials and phenomena, aiming to discover new materials or methods. More often than not they fail to find what they were looking for, but occasionally, what they do find looks interesting, or potentially useful. Rather than ignore the ‘wrong’ result, they investigate further.

Why not encourage your students to do likewise? Challenge them to think about what may have happened to cause the unintended result. They may even be able to use their scientific knowledge to explain how their unintended result came about.

Many scientific principles and products that are now part of everyday life were originally discovered by accident, by serendipity as it’s called, when experiments ‘went wrong’. Their discoverers found things they weren’t looking for, but recognised their potential usefulness. They followed up their discoveries, and developed practical uses for them. You can use some of these serendipitous scientific discoveries (below) to illustrate to students how unintended results can sometimes prove useful; download them below. 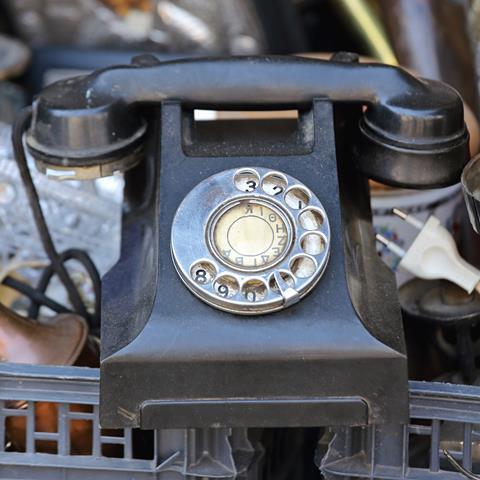 Accidental discoveries, experiments going wrong or serendipitous science – however you put it – it’s had useful results, including Bakelite. We might not use it for phones now, but it’s in brake pads

Shellac is a natural resin produced by lac beetles. It’s expensive, so Belgian-born American chemist, Leo Baekeland tried to make an alternative. He didn’t succeed, instead producing the first heat-resistant plastic – once moulded into shape it will not re-melt. He called it Bakelite.

This brittle plastic was used to make the outsides of switches, radios, telephones etc. and is still used for saucepan handles and car brake pads. 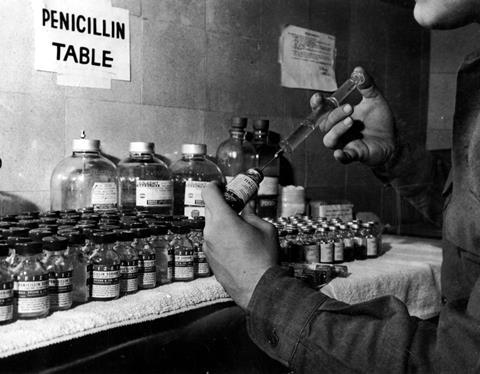 It’s all thanks to a mouldy encounter that Alexander Fleming discovered penicillin, and society has been benefiting from this powerful antibiotic since

Scottish pharmacologist, Alexander Fleming found that a petri dish of bacterial culture left near an open window had gone mouldy. He noticed the bacteria close to the mould had not grown, and realised the mould must have released something that killed the bacteria.

Following up his discovery, Fleming identified the mould as Penicillium notatum, and showed that a useful antibiotic could be extracted from it. He called it penicillin.

ICI’s Winnington Research Laboratories at Northwich were investigating the effects of high pressure on chemical reactions. In an experiment with ethene, Eric Fawcett and Reginald Gibson found a waxy solid had formed. Although their work had nothing to do with plastics, they had discovered polythene, now the world’s most common plastic.

Chemist, Roy Plunkett was making new CFCs (chlorofluorocarbons) to use as refrigerants. One day his tetrafluoroethene gas turned into a very slippery solid. He had discovered non-stick plastic, polytetrafluorethene, PTFE. It was later named and marketed as Teflon – much easier to say.

Producing PTFE was so expensive it didn’t end up on pans for many years. Only in the 1950s was it applied to frying pans and baking tins. 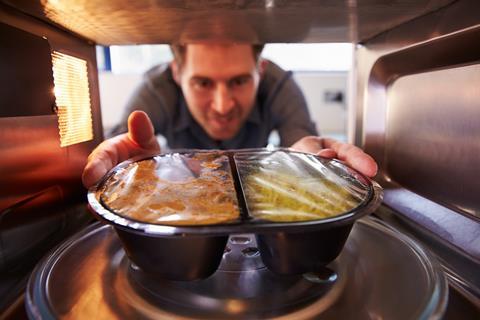 While working on a radar set, American engineer, Percy Spencer, noticed a chocolate bar in his pocket had begun to melt. Microwaves from the radar’s magnetron had heated the chocolate.

This observation led to the realisation that if you trap the microwaves inside a metal box, they can cook food. And so the microwave oven was born. Microwave ovens as we recognise them first began appearing in kitchens in the 1960s. 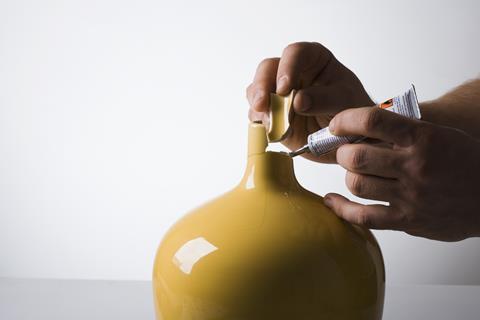 Harry Coover was trying to make plastic for gun sights when he found himself in a sticky situation. He’d discovered Super glue

Perspex is a transparent acrylic plastic. In 1942, Harry Coover was researching other acrylic materials to use in plastic gun sights. He discovered cyanoacrylate. It was no use for gun sights, but he and his team found it would stick to almost anything. In fact, during the Second World War, it was used instead of stitches on wounds and large cuts. By the 1950s, it was being marketed as Super glue.

Chemist, Spencer Silver was trying to make another super-strong adhesive. Instead he found a weak one. The adhesive sticks paper onto a surface, but thanks to ‘microspheres’, it can easily be removed and stuck elsewhere. A colleague realised the potential to use this adhesive for removable notes, but it took until 1979 for Post-it notes to arrive on shop shelves. 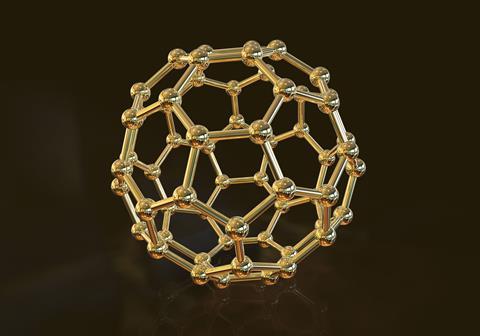 In trying to produce very long carbon molecules, Harry Kroto and his team might have inadvertently helped scientists working on targeted drug delivery

Analysis of the resulting mixture showed the main product consisted of 60 carbon atoms, ie C60 molecules. They found C60 is not a long chain, but a sphere, made of hexagons and pentagons like a football. They had discovered a new allotrope of carbon. Its shape is similar to the geodesic domes designed by architect Buckminster Fuller, so they named C60 after him.

Various uses of C60 have been patented, but so far, they’re not commercially viable. Ideas include antiviral and antioxidant use. Since C60 is hollow, it could also carry drugs to target areas within the body or to store hydrogen for fuel cells.

Download the text as a timeline for students to read as MS Word or pdf.