How to encourage all students that science can be ‘for them’

The diminishing pool of budding young scientists in the UK is a growing concern. A student’s ‘science capital’ can explain this lack of enthusiasm for STEM qualifications. Encapsulating all their science-related knowledge, attitudes, experiences and social contacts, science capital is a key factor in a students’ decision-making and whether they deem a STEM career to be ‘for them’.

The ways in which students engage with science can be broken down into eight domains; each of these will overlap and interact with the others

Science capital can be split into eight domains through which a student engages with science. Unsurprisingly, there is variation in students’ overall science capital, but there are three domains (highlighted right) that students regularly fail to develop. Many students have limited knowledge of the transferability of science skills beyond ‘traditional’ STEM roles such as doctors. Few students consume any science-related media and what is engaged with often reinforces stereotypes. Voluntary participation in out-of-school learning is low, as many students feel they do not belong in the traditionally focused clubs on offer.

These domains also happen to be ones that we as teachers can tend to shy away from. Teachers play a critical role in students’ decision-making, acting as role models for their subject. By failing to represent the diverse applications of the skills we teach, and instilling traditional stereotypes through media and clubs, we confirm for some students that ‘science is not for people like me’, and the gap widens.

Adding to the growing list of key components of effective science lessons may seem overwhelming, but one small shift can make a big difference, as many domains activate each other. For example, if a student learns a non-science application of a skill in lessons, they might recognise this skill in a family member’s non-science role and talk to them about it. It might cause them to go and learn more about this skill or application and talk to their friends about it. They may feel more motivated in lessons, recognising that the skill is important even if they don’t want to be a scientist. This leads to a shift in their mindset; the content learned in lessons begins to feel more ‘for me’.

The good news is that these co-mobilisation relationships centre on the three key domains identified earlier. Below are some examples of how to integrate these domains into your lessons. 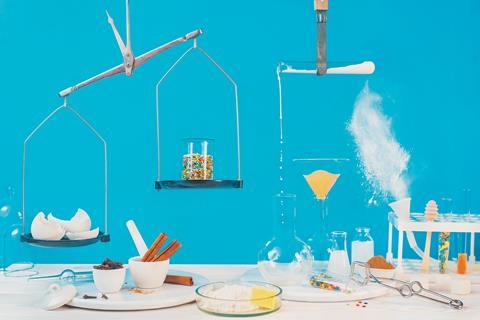 Knowledge about the transferability of science

Many of the skills in chemistry lessons can seem niche, however many have a wide array of applications. For example, balancing chemical equations, mole calculations and limiting reagents – specific skills? Or perhaps not unlike the skills needed to rework a ratio in a cookie recipe when you haven’t got enough flour? Highlighting generic skills in a lesson can be as simple as putting a spanner symbol next to the task and facilitating a class discussion. When I tried this, students became autonomous in recognising links themselves; the symbol acted as a catalyst to the conversation. The more I used it, the more motivated my students became – something that they previously felt they could never master suddenly felt important.

Wherever I can, I encourage engagement with science-related media that breaks down negative stereotypes and represents people my students feel are relatable. For example, when teaching recycling, I showed Lauren Singer’s YouTube channel, which has innovative ideas for how to integrate ‘reduce, reuse, recycle’ into our lives. She represents a great non-traditional role model, and my students were fascinated by her. What inspired me even more is the number who came back the next lesson and told me other videos they had watched and more they had found out. The experience made them re-engage with the domain independently and gave them a way of engaging with science outside of the classroom.

Traditional science clubs certainly have their place in schools. However, reforming clubs to appeal to the ‘non-sciencey’ is crucial. Slime has become a worldwide trend and I have seen dozens of YouTube videos of ‘awesome chemical reactions’, with hundreds of thousands of views. Starting a ‘Reactions Club’ could offer an opportunity to see and discuss some of the incredible demonstrations we don’t have time to show in lessons.

Making use of these key domains and their co-mobilisation effects will go a long way to helping students recognise the value of post-GCSE qualifications, encouraging a shift in attitudes and promoting uptake.

Louise HusseinLouise is a teacher of chemistry at an independent girls' school in Dulwich, Greater London.