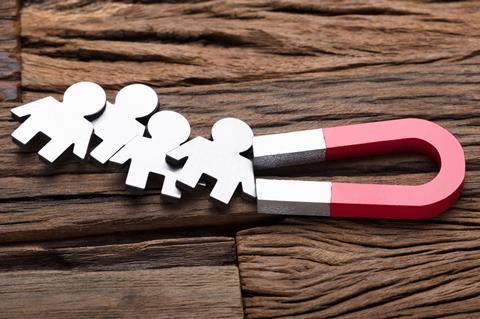 Offering teachers with specialist science degrees additional incentives, such as higher salaries than their peers, could increase retention in the profession and improve the experience of science teachers, say two reports published last month. The reports, both sponsored by the Gatsby Foundation, note that money spent recruiting and training specialist science teachers may be poorly spent if sufficient funding is not then available to prevent science graduates from subsequently being tempted away by higher-paid jobs outside teaching.

The £37m cost – which constitutes about 5% of the teacher training budget – would be more-than compensated by the savings in recruitment and training, says Sam. Generous bursaries and scholarships for teachers training in shortage-subject areas, the report says, are ineffective unless the teachers remain in the profession: ‘Every teacher that leaves within their first few years on the job has to be replaced with another new teacher, creating a merry-go-round of inexperienced teachers, and holding down the overall quality of the teaching workforce,’ the report concludes.

In principle, such a pay supplement could be introduced directly by academy schools in subjects in which they face subject shortages. However, the differences between staff in science and maths and other teachers in such schools are minimal – implying headteachers are reluctant to pay different teachers at the same level of experience different salaries. Therefore, Sam suggests, any supplements may need to come from government.

‘Even in a highly successful school, with large numbers taking science A-levels and offering separate science subjects, it is difficult to recruit high-quality science teachers, especially physics teachers,’ says former headteacher and Gatsby adviser John Holman. ‘To some extent, headteachers have always had the freedom to pay some subjects more than others, but there’s quite a strong egalitarian theme running through schools. But I would have certainly have welcomed the freedom … especially if it were supported by a special funding scheme from government.’

The second report (pdf), from the Institute for Fiscal Studies, focuses specifically on physics teachers. It notes that, though physics graduates can experience notably higher salaries outside teaching, the rigid scales in schools make their pay almost indistinguishable from the pay of their peers in other subjects. Science teachers in general, and physics teachers especially, are much more likely to move between schools in the early years of their career.

They are apparently not continually lured elsewhere by higher pay, so the report suggests ‘physics teachers [may] move schools more readily because they are less happy in their current roles … This might too explain their higher quit rate from the profession.’ The report asks: ‘Do schools use the full range of levers that they have at their disposal (pay, reduced timetable, professional development opportunities) to try to retain physics teachers – and, if not, why not?’

‘I think the main motivation for physics teachers to get into teaching is that they enjoy the subject,’ agrees Antonio Torrisi, a first-year physics teacher. ‘Pay rises relative to other responsibilities? Great. But I don’t think it could be the general motivation. One thing that could work in getting a lot of physics teachers on board is reducing workload largely related to bureaucracy such as marking policies and helping them to develop teaching projects that could integrate the curriculum and make teaching physics even better.’