A day in the life of a trainee patent attorney: Jessica Kershaw

Jessica Kershaw has spent the past four months as a trainee patent attorney for Carpmaels & Ransford, London. She talks to Tom Westgate about her typical day 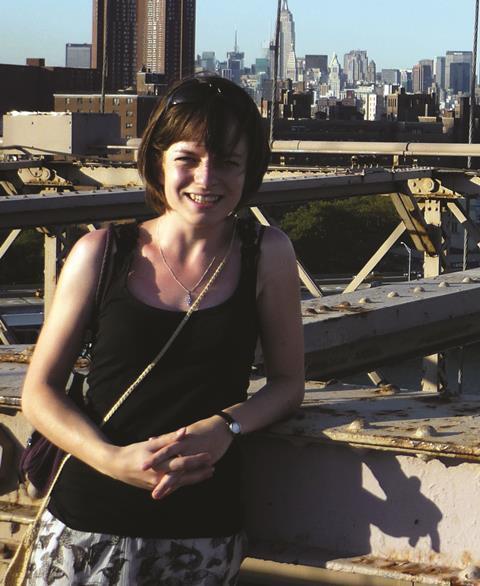 Carpmaels & Ransford is a firm specialising in all areas of intellectual property. As a trainee patent attorney, Jessica works to secure the patent rights of her clients for their inventions, ensuring no-one else can make money from them.

Jessica’s chemistry background means she often works with clients from the pharmaceutical industry on patents for new drugs, new formulations, or new ways of manufacturing them, for example. But she could also be trying to secure patents for new materials or compositions for everyday products, like protective plastic or electrical conductors. She works for several different clients at any one time, from multinational companies to small start-up companies linked to universities.

It can take up to five years to secure a patent, and there are many steps to go through on the way. Jessica spends a couple of hours each day on the first step of the process, writing a draft patent specification. This involves talking to the inventor to find out what is new about the invention. For a new drug, for example, Jessica would spend some time researching other potential uses for the compound, or alternative ways to produce it, to ensure that no-one could change any aspect of the patent and claim it as their invention. She has to understand unfamiliar areas thoroughly and quickly, making her work challenging but varied.

In the next step Jessica searches through existing patents to find out what applications her client’s rival companies have made. This makes sure her client’s invention isn’t already protected. Jessica then files the application with the relevant patent office, which is usually the European Patent Office (EPO), where the examiners decide whether or not to grant the patent. She will receive a report from the EPO examiner and after discussions about any amendments with the inventor, she writes a response to the EPO. Throughout this process Jessica is working to tight deadlines and must ensure these are adhered to otherwise this could result in delays to the invention becoming commercially available.

An eye for detail

Sometimes Jessica will work on ‘assignments’, where one company is taken over by another and attorneys have to decide who should own the patents that were held by the original company. Another aspect of the job, which Jessica particularly likes, is ‘opposing’ an existing patent. This means scrutinising a patent that is stopping her client’s invention from getting to market. ‘Finding a fault or loophole with the patent is extremely satisfying’, she says, ‘because this could be key to getting my client’s invention to market’.

Having science qualifications is important for Jessica because she has to be able to write and understand the technical language, and appreciate what her clients want from their invention. She has to learn the background to a new invention, often in just a few hours, but still have an eye for detail – a wrong number or date would be disastrous for her client, she said.

It will take Jessica four to five years before she is qualified, during which time she will be working full-time in the firm as well as attending regular tutorials and chemistry practice group meetings to discuss the latest cases. ‘The most satisfying part of my job is being able to balance the needs of the inventor with the scientific discipline required by the EPO, and knowing that I have helped my clients get the best out of their invention’.