A day in the life of a science correspondent: James Mitchell Crow

James Mitchell Crow has spent the past six months working as a science correspondent for Chemistry World. He talks to Jonathan Edwards about his typical day 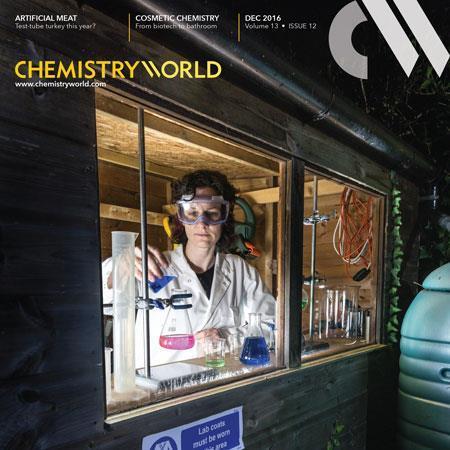 Chemistry World is the Royal Society of Chemistry's (RSC) monthly members' magazine. TheChemistry World website is updated daily with the latest chemical science news. James is part of a six-person editorial team based in the RSC's Cambridge office.

James' first task of the day is to catch up with chemistry-related news and events from the last 24 hours. He checks news agency websites for press releases of interesting new research, and sorts through press release e-mails sent by mailing lists, companies and government agencies. If he's lucky a scientist might have sent an e-mail to him with an 'exclusive' story that hasn't yet been released to the media. James spends an hour identifying potential stories and then joins the Chemistry World  team of editors and reporters in a news meeting. Here they decide what news should be covered right away, in a few days, in a larger feature article or not at all. The team also reads quickly through the national newspapers to see how the popular press has covered certain stories.

Once they've decided on the news for the day, James heads back to his desk and gets on the phone to collect more information for his stories. Each news story is usually based on a paper from a journal, eg Nature, Science etc, and James contacts the scientists who published the paper to ask them for more detail on the work and why it's important. He'll then speak to other scientists working in the same field to get an objective comment on the value of the research. During these phone interviews he notes down the scientists' comments. James then spends time finding pictures for his story, sourcing them from photo libraries on the Web, or direct from the scientists. Once he's got the facts, opinions and pictures, James writes the story, which can be 300-600 words long. When the story is complete he proofreads it to check for errors and typos, correcting any mistakes he might find. He then posts the story on the Chemistry World  website news section and files the story for the editor to consider for inclusion in the print magazine.

In the hunt for news stories James may leave the office to attend company events and press conferences. Often, for a big event in the chemical industry, such as pharmaceutical giant Akzo Nobel's takeover of the British chemicals company ICI, James is invited to a press conference where he joins many other journalists to hear the business details and put questions to the company's executives.

Back in the office James spends some of his day checking and editing other reporters' stories, and writes shorter news stories for the Chemistry World blog. With the news for the day filed by early afternoon, James may turn his attention to a feature article (ca  2000 words) on an area of chemistry of interest to him, eg climate change. He identifies several chemists working in the field and interviews them about the science and their work, making detailed notes which he will use to write the feature. With having to write the daily news it may take him a week or two to complete the article.

Keeping in touch with chemistry

James gets excited when he puts the latest research news he has uncovered to his editor. He loves his job because it allows him to read and write about cutting-edge chemistry and talk to the people who are doing the work.