A message from Bill Bryson

As the deadline for entries into this year's Bill Bryson Prize approaches, Bill talks about what being involved in the science communication competition that bears his name means to him 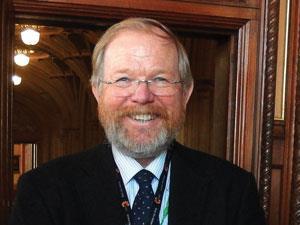 In 2006, prolific author and science communicator Bill Bryson teamed up with the Royal Society of Chemistry (RSC) to launch the Bill Bryson prize, a competition for creative young science communicators. Each year entrants aged 5-18 send in science-based videos, songs, sculptures, cartoons, articles, podcasts, even plays on a given theme.

With the deadline for entries into this year’s competition fast approaching, Bill talks about what being involved in the prize means to him.

Being one of the judges for the Bill Bryson prize is just about the most exciting thing I do all year – and that is only partly because the rest of my life isn’t very eventful. It is a chance to be dazzled anew each year by the cleverness and originality and spirited sense of fun that young people bring to the business of communicating science.

Science is, after all, awfully important. It tells us who we are, how we got here, what we need to do if we want to get to where we want to go. If we are to have a world worth living in a hundred years from now, it will be science that gets us there. You can’t get more important than that.

I have long felt that not enough people in the world appreciate that. To some extent, it has to be said, this is scientists’ own fault. They have not always been particularly good at communicating the vitality and excitement and pleasure – the magic – that science provides.

And that really is what lies at the heart of this competition.

Each year the Royal Society of Chemistry comes up with a broad theme – this year it is ‘chance’ – and lets young people approach it in any manner they want. It is extraordinary how many ways they find to do so. We have had comic strips, stop-motion animations, videos with rap tunes and pop songs, mock lectures, poems, posters, games, you name it.

What we look for is a project that is original in its presentation, has some sound science at its core, and that above all brings a large measure of enthusiasm and fascination – a sense of something exciting to be shared – to the business of communicating science. And it can be about any kind of science, not just chemistry. I have always admired the RSC for acknowledging that other fields of science can be pretty interesting, too.

But then, it must be said, they are thoughtful and enlightened people at the RSC. Otherwise they would never have come up with the prize in the first place.