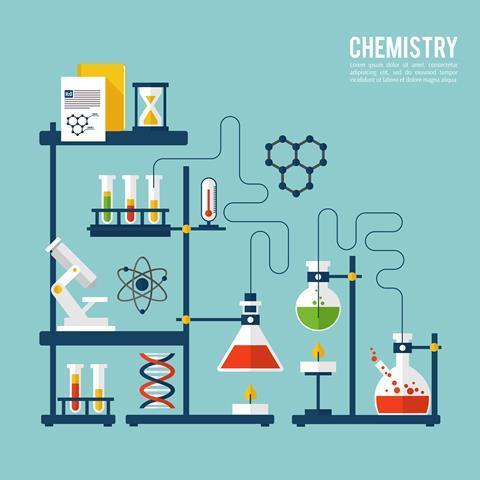 Friends of mine who teach biology, economics, or history have often expressed envy at the wonderful toys we chemists have to play with. How easy it must be, they say, to excite others about chemistry, to bring the subject alive in front of an audience, and to be able to provoke gasps of surprise and astonishment.

I saw my first demonstration lecture when I was 18 and was instantly hooked. I can remember it as if it were yesterday - Jearl Walker, the American physicist who for many years edited the Amateur scientist column of Scientific American, 'drank' liquid nitrogen, placed a finger in molten lead, and then walked across a tray of hot coals. That apparent paradox we know as the Leidenfrost effect would be forever imprinted in my mind.

Since that day I have seen scores of such lectures by speakers of all ages and nationalities. Each time, I have felt that same tingle of excitement at the start as matter is about to be transformed before my eyes. The demonstrator is on a tightrope much like a circus acrobat, or an opera singer reaching for that high C. And the audience knows - perhaps secretly hopes - that things might go wrong. Indeed, Professor David Phillips of Imperial College London once told me that it was important to have at least one failure in every demonstration lecture because that way the audience would know it wasn't television.

A classic demonstration performed - bubbles floating on a lake of CO2, a luminescent oscillator, the colours of a chiral material between polaroids, delayed hydrogen bangs - is what brings chemistry alive, and puts those profound abstract ideas that we take for granted and makes them real. And no video, no recording, no animation can ever match the astonishing dynamic range of the phenomena one can show - smells, sounds, tastes, bangs, and flashes.

And yet, how is that many lectures, including my own, have left a faint sense of unease? For all the drama, these shows have sometimes left me wanting more. There seemed something was missing, but what?

The need for a theme

It was after giving a lecture that I'd archly named Odeurs et lumieres - as homage to John Salthouse who is renowned for his demonstration lectures - that a colleague told me how much he had enjoyed it, and then added 'but there wasn't much of a theme'. I was crushed.

As I thought about it I realised that he had unwittingly uncovered the key to my disquiet. There was no theme. Like so many other lectures I had given or seen before, I had chosen a title that was nothing more than an opportunity to throw together a number of chemical spectaculars, to wow the audience with some astonishing chemical tricks, guaranteed to give a result.

Can it be that in spite of the incredibly panoply of phenomena we can show off, that we chemists still come across much like the proverbial alchemists of old - flashy showmen in white coats. Are we, through the talks that we give, sometimes failing to expose the difficult, intellectual sinews of our subject?

I believe that we need to tell bigger, more ambitious, illustrated stories through our demonstrations that tie basic chemistry with big, world issues.

We should, for example, be telling extended tales about how simple chemistry and chemical kinetics underpin pattern formation in the world around us, from the spots on leopards to the stripes on bees. We should explain how trace gases in the atmosphere really can have an impact in our lives much as William Tyndall did in the 1860s by shining infrared light through a lens made of ice and setting fire to a sheet of paper, and then using carbon dioxide to block it. We need to tell the stories of ceramics from the earliest pots and tiles, to the magical white titanium dioxide that is being used today to harvest solar energy.

In doing so we will finally use the fantastic toys that we have at our disposal as a means to draw audiences into the thought processes of chemistry. We will take them deep into our subject and show them how chemistry is woven into the fabric of our lives and culture.

Andrea Sella is an inorganic chemist in the department of chemistry at University College London, 20 Gordon Street, London WC1H 0AJ.