Does A* really represent a star? 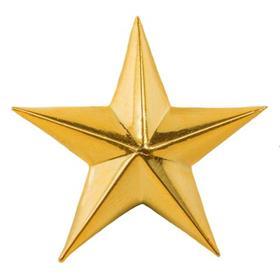 This year, the August publication of the exam results led to the usual mix of media coverage. Reports started by celebrating with the successful students before swiftly moving on to bemoan the declining academic standards suggested by the increasing pass rates. It is a shame that students who have worked hard to achieve results in an academic system are then told, 'Well done... but it was much harder in my day'.

My sympathetic stance should not imply that seeking to improve the learning experience, while keeping intellectual expectations high, is unimportant. It is, yet the recipients of those completing A-level courses, particularly universities and employers, need to have realistic expectations and, if necessary, adjust their entry-level provision to accommodate the students who are a product of their time.

In higher education, setting realistic expectations of prospective students has become more complicated with the increase in student numbers entering HE alongside the proportion of them achieving the highest grades. A cursory review of the data from the Joint Council for Qualifications shows that in 2009 the proportion of students with A grades rose to 26.7 per cent, with a higher than average percentage in chemistry (34.4) and maths (45.2), and further maths (58.1). The entry requirements for chemistry degrees at many institutions are moving towards the AAA offer beyond which qualification differentiation is impossible.

So, is it a big hoorah for the introduction of the A* grade at A-level which will be first awarded in 2010? UCAS has nailed its colours to the mast by giving the A* a higher tariff point score than the A grade (140 against 120).

To achieve an A* a student must excel in the A2 modules (>90 per cent in each on the Uniform Mark Scale (UMS)) and must do better than 80 per cent in all modules of the A-level. The former requirement focuses the challenge on the more difficult modules, which have a greater synoptic element, and reduces the opportunity of reaching A* through resits. To differentiate themselves from the A graders, A* students must complete the 'stretch and challenge' components of exam questions by demonstrating skill in analysis, evaluation, innovation, and discussion.

Will academic institutions incorporate A* grades into their offers? Inevitably, the level of uptake will depend on market forces which will, among other things, have an institutional and a subject-specific aspect. But some HEIs have indicated that they will include A* grades in their offers for 2010 while others are adopting a 'wait and see' stance.

Another recent development is the extended project (EP). First offered in September 2008, the EP replaces the Advanced Extension Award phased out after July 2009. With the same 'academic volume' as an AS-level, the EP is assessed using the extended grade range (ie including A* = 70 tariff points). Over 5000 students opted for an EP in 2008-09, no doubt benefiting from its aims to promote research, independent learning, and the same high level of intellectual skills sought in the award of A*. Advice from most in HE to students would be to do an EP for the benefit it brings in preparing for university study, but not to expect it to be included in an academic offer. This might seem harsh but is not unreasonable given the diversity of provision of the EP across the UK.

The A* grade at A-level is a step forward to reward high-level intellectual skills, demonstrated alongside good knowledge and understanding, and it is appropriate that A* will be reserved for those in the top 10 per cent of the UMS range. However, I think a less satisfactory implication of its introduction is that the other students, up to 50 per cent of them obtaining A or B grades, do not have sufficient strength in the skills important for independent study expected at university.

Furthermore, will the same criticism levelled at the normal A-level curriculum, ie that students are coached to pass the exams and not led towards understanding the subject, be levelled at 'stretch and challenge'? Will the A* end up being awarded to a subset of students taught in a particular sector of education? Will the new A* become the old A grade over a short period of time? How will we ever really judge the value of A* given that very few university cohorts are homogenous enough (academically and, thankfully, in personality) to allow meaningful comparison of inputs and output?

Whatever the answers, A* represents one variable in the overall admissions decision-making process. Its adoption cannot do any harm but it remains to be seen whether it will bring benefits in the transition from secondary to higher education.

Dr Jeremy Hinks is deputy head of education (and until recently in charge of undergraduate admissions) in the school of chemistry, University of Southampton, Highfield, Southampton SO17 1BJ.