Don't test pupils, talk to them 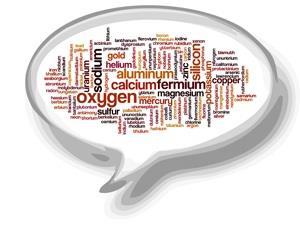 Teachers are well aware there can be a wide variation in the knowledge and understanding among pupils in a class. When interviewing students in one school, I was told by Y7 (11-year old) pupil Daniel that the three states of matter were 'solid, liquid and gas'. He went on to explain that: 'a solid's particles are close together and they vibrate because all particles move. A liquid's are able to move round more, but they're still attached, and the gas [particles] are as far apart as possible, and they fly around really fast'.

I imagine that had the class teacher heard this response, she would have been satisfied with the boy's learning and her own teaching. However, another pupil could experience the same teaching with very different results. When I asked Jason what he was studying in the class he said, 'changing states and the three states of matter, and if burning is irreversible, and if "stuff" is a state of matter'. What he had taken away from this was that 'fire is not a state'. When I asked him what the three states of matter are, he suggested 'burning, freezing and melting'.

As a chemical education researcher I sometimes have the opportunity to talk to students at length about their understanding of science topics. This was something I started doing when I was a teacher in school and college. However, as a school teacher I did not have the opportunity to explore the thinking of more than a small minority of my pupils in any depth - there was just not enough time. However, I strongly believe that the best way to find out what pupils know and understand is to talk to them. In my research, I use interviews to delve into detail that is not possible using written tests or questionnaires, and this avoids the challenge of writing effective questions that children with limited literacy can access. Talking also offers opportunities to clarify and follow up, where written tasks only elicit the pupil's response to their initial interpretation of what is being asked.

What is true for research is just as valid in teaching. Talking to pupils offers the best way of monitoring learning and informing teaching, and most teachers become highly skilled in using talks as an informal and ongoing means of formative assessment. In some educational systems this process can form the basis of students' reports and grades. In the UK, however, written forms of assessment are given priority.

Written tests have advantages: all pupils can be tested at the same time on the same questions; and there is a permanent record of responses. Yet these strengths do not support the best way for teachers to use assessment to inform teaching, but only serve the needs of a system based on an obsession with standard testing and teacher accountability. From an educational point of view, teachers need to find out what pupils know and understand while teaching the material. Information from end-of-topic tests comes too late.

The recent removal of national science tests for 14-year olds in England offers an ideal opportunity for teachers to use the time saved in test preparation to talk more to pupils about their learning. This will not provide comparable marks that support league tables, but will build much better understanding to inform teaching decisions. Teachers should be undertaking an ongoing and flexible programme of informal assessment, which they record in ways that best support their teaching. Head teachers, parents, governors and government should trust teachers' professional judgments - for when teachers are allowed to work in ways that best facilitate their teaching, they should not need to be held accountable by time-consuming paper-trails.

The new question triggered something that changed this pupil's recollection about the states of matter, along with my assessment of whether he understood the scientific model. He then proceeded to describe the arrangement of particles in the different states. This extended conversation demonstrated a very different level of understanding from that suggested by his original response. I am not confident that a written test question would have been so revealing.