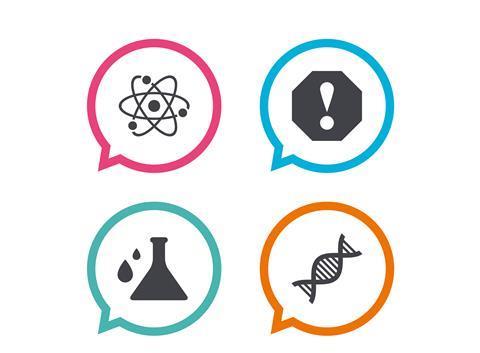 It is nearly seven years since Professor George Whitesides from Harvard University chaired the previous EPSRC (Engineering and Physical Sciences Research Council) International Review of Chemistry, which sought to investigate the overall standing and quality of chemistry research in the UK from an international perspective.

Since then there have been many changes to how EPSRC funds UK science within HEIs, including its current emphasis on 'grand challenges', which some academics fear could stifle innovative and quality research. More recently EPSRC has come under criticism for trying to control the number of grant submissions, by banning those academics who had been previously unsuccessful from applying through a 'demand management' approach.

All this has made the second EPSRC 2009 International Review of Chemistry a critically important event for the chemistry community, giving as it does a group of 18 internationally acclaimed chemists the opportunity to appraise the current situation objectively and to make recommendations both to the community and to EPSRC to improve the UK's position in research over the coming decade.

Chaired by Professor Michael Klein of the University of Pennsylvania, the review panel found that real progress has been made over the past seven years in chemical biology, materials science, supramolecular chemistry, and synthesis and theory. Klein's team also recognised the real strengthening in UK chemistry departments that had taken place in the past few years through investment in infrastructure, shared equipment and national facilities.

In contrast to the Whitesides' report, which revealed 'mixed' opinions about the costs and benefits of industrial collaborations in the UK, Klein's team found academic-industry research to be a real strength and distinguishing feature of UK chemistry. CASE-style (co-operation awards) and fully-funded industrial studentships, as well as successful spin-out companies were cited as positive examples of good practice. Overall, however, Klein's report puts more emphasis on three major issues: people, processes of funding, and communication.

One of the recommendations of the previous review was to 'restructure PhD education and support for chemical research to encourage revolutionary and multidisciplinary science and engineering'. In particular, the Whitesides' report suggested that the PhD time should increase to four years and that PhD programmes should be more flexible. Much of this has come to pass, and the RSC has welcomed the development of Doctoral Training Centres (see Educ. Chem., 2009, 46 (4), 102), with their multidisciplinary emphases and four-year basic structure. Klein's team pushes this further, and presses (perhaps controversially) for the PhD now 'to reflect international norms of achievement'. There was particular concern that applied time constraints could in some cases inhibit the quality of both the training and the research output from PhD studies. The current report also goes beyond this through to the plight of 'early career researchers' (ECRs), where two major weaknesses were noted.

First, the nurturing and support of ECRs was seen to be poor and variable in quality in different universities; and secondly, the future of academic chemistry in the UK was thought to be seriously hampered by the lack of diversity in personnel within chemistry departments. These are strong words indeed. To address the former, the report recommends that there should be a much stronger career development culture within faculties, coupled with the 'corralling' of funding by EPSRC for early career researchers, perhaps to match more funding from the universities. The lack of perceived diversity in staff (gender and ethnic), which was highlighted by Klein's report to be a major impediment to future development of chemistry, means that the EPSRC and universities need to work together to introduce systems that better 'define a clear path to academic success'. The RSC has also highlighted this issue in recent years and should continue to work with the community to improve the situation.

To achieve these changes Klein and his panel make a plea both to the UK chemical science community and to the Research Councils generally to 'please talk to each other more'. A perceived lack of communication has been felt acutely by the academic chemistry community of late and, needless to say, the RSC also wants to encourage communication in both directions. There is much talk of 'grand challenges' in EPSRC and the community at present but I suggest that for the immediate future better communication is the biggest challenge that we all face.

Rodney Townsend is director strategic projects at the Royal Society of Chemistry (RSC) and a member of the steering committee for the 2009 EPSRC International Review of Chemistry. The views expressed here are his own.