Should science courses be context-led? 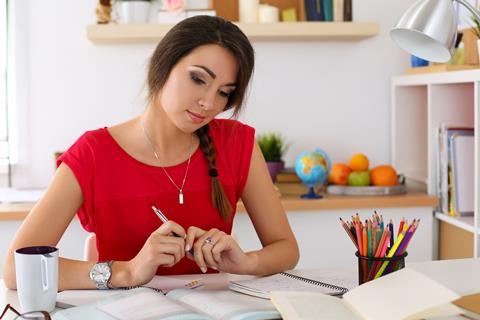 How should we plan our curriculum?

When Michael Faraday wrote A chemical history of a candle he gave us all an object lesson in how to draw concepts out of a simple, engaging and accessible context. Come to think of it, 'object lessons' were once the recommended way to teach scientific ideas, and not a bad way at that.

David Waddington's idea, emerging in Salters' advanced chemistry in the early 1990s, that a chemistry course could be organised around a set of interesting applications, belongs to this long tradition. There is no doubt in my mind that this 'applications-led' approach was a great success in this case. Certainly I find that in looking at the books for the course, I am drawn in and want to read more.

The problem with contexts

One reason the Salters' approach works so well is that the applications are taken seriously. Each is studied in its own terms, in some depth. They are not treated as simply 'motivators' intended to get students interested but soon to be discarded.

More recently, the idea has been broadened and in my opinion weakened, by jettisoning 'applications-led' in favour of the much floppier notion of 'context-led'. It has become common to suggest that all science courses ought to be organised around a set of engaging contexts. It is here that I start to have doubts.

One problem is that this approach makes the design of a science course rather intricate and potentially fragile. The trouble is that the set of chosen contexts has somehow also to contain and elicit a necessary set of ideas and scientific explanations, and to do so in some appropriate sequence. To change one context for another is now far from simple because the new one is constrained to bring out a particular set of ideas.

A related problem is that applications, or contexts, change in interest and importance with time. In teaching physics, for example, we used to be able to do a lot starting from the TV set as an electron accelerator, but with the advent of LCD flat displays this is no longer possible.

Perhaps worse, I think that some contexts or applications, well meant and for a time motivating, could easily lose their charm for the teacher who is repeating these lessons for the third or fourth time. Does the science of solid confectionery continue to appeal, for example? If not - if the idea has fallen from the popularity stakes - replacing it is far from trivial, because of the other needs that still have to be met.

In favour of contexts

This does not mean that I am always against teaching ideas in a framed context. In the A-level course Advancing physics for example, we chose to set the teaching of basic dc circuits, including potential dividers, in the context of using modern electronic sensors in measurement. This provided a fresh start for students who had 'done' electric circuits before and failed (maybe repeatedly) to understand them. But this choice of context is not at all arbitrary, provided merely in order to motivate. Measurement, and the choice and use of sensors in measurement, is in addition an essential part of an A-level physics course. Thus here we got two for the price of one. And I think that the use of dc circuits with sensors for instrumentation, whether of cars or chemical plant, or of a fundamental measurement, is a long lasting context, unlikely to be exhausted.

At other times, the teaching in Advancing physics is organised around strongly conceptual issues. What, for example, is the true nature of light? How does the classical answer square with the quantum behaviour of photons and electrons? Later, we ask how computational models can succeed (and fail) in predicting the future. Many students find these deep questions thoroughly attention-grabbing. Of course not all do. But it is worth noting the way women have moved into astronomy and cosmology. I doubt they go there for the practical applications.

The point is that human beings vary; what attracts one repels another. So I think that a course has to be planned to be attractive in many different ways, particularly in having parts that stress how useful the subject is, and other parts that stress the fundamental things it shows about the universe. Both deserve a place.
I am deeply suspicious of 'magic bullets', able at one blow to solve our problems of constructing science courses that students want to learn.