A one-slide summary of this article with questions to use with your 14–16 students: rsc.li/3az989B

Sunlight can chemically breakdown plastics into tens of thousands of new compounds in just weeks and many of these dissolve in water. This discovery dispels the prevalent theory that sunlight exposure simply physically fragments macroplastics into microplastics in the marine environment, turning them into smaller particles that are chemically similar to the original material and that persist in the environment. 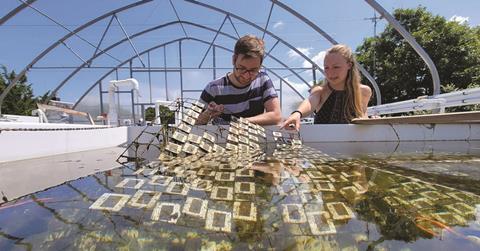 The researchers emphasise the importance of considering not only the fate and impacts of the initial plastics that end up in the environment, but also the transformation of those materials. They note that the effects of these breakdown products on aquatic ecosystems or biogeochemical processes, like carbon cycling, are currently unknown.

Another important finding from this study is that the composition of the plastic and its additives influences both how fast it breaks down and what it breaks down into when exposed to sunlight.