Do teenagers drink too many energy drinks? 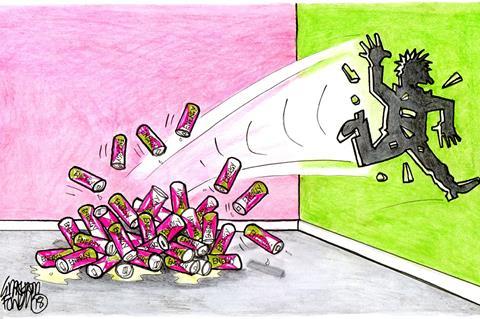 More and more teenagers are necking back an energy drink while cramming for exams or to stay awake for that vital victory against an online gaming opponent.

Drinks companies make big bucks from these products. Sales of energy drinks increased 185% in the decade leading up to 2015, according to the British Soft Drinks Association. The market is expected to continue growing at a healthy rate.

Questions about the health impacts of energy drinks on young people are growing, too. The recently launched ‘sugar tax’ hopes to address one issue: the vast amounts of sugar in each can. But awareness of a second health concern – high doses of caffeine – is lagging behind.

It is an addictive, cardiac stimulant, generally viewed as a safe and socially acceptable drug – in low doses. But energy drinks aren’t low doses. 500 ml cans – the size favoured by many of the big brands – contain 160 mg of caffeine.

The EFSA suggests a safe daily caffeine limit of 3 mg per kilogram of body weight for children and adolescents. A 16 year old boy weighing 9 stone (57 kg), for example, should not regularly consume more than 171 mg per day. They also shouldn’t be drinking more than this in one go.

Young brains are widely believed to be more susceptible to the harmful effects of caffeine than those of adults. High doses of caffeine cause symptoms such as headaches, feeling jittery, nervousness, vomiting, palpitations and sleeping problems. Heavy caffeine consumption has also been strongly linked to other health-damaging behaviours such as binge drinking and smoking.

Public awareness of the potential harmful effects of necking energy drinks has escalated in recent months. Some major retailers have responded by banning sales to under-16s. The government has also started to look at the issue. In March, the cross-party group of MPs that sit on the Science and Technology Committee launched an inquiry looking at whether more needs to be done to protect the public from potential negative health outcomes from guzzling their favourite energy drinks.

While the science is ironed out, it’s worth considering whether it might be best to be cautious and find another way to relieve our tiredness. Early night, anyone?