A day in the life of a committee specialist: Farrah Bhatti

Farrah Bhatti is a committee specialist on the House of Commons’ Energy and Climate Change select committee. She talks to Tom Westgate about her typical day 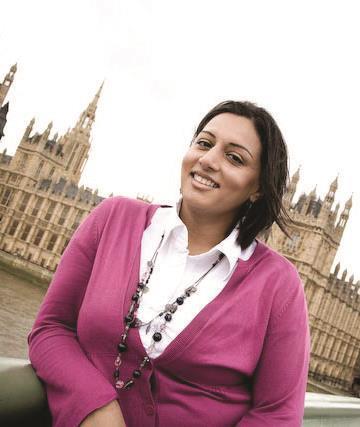 The committee was set up to monitor the policies of the Government’s new Department of Energy and Climate Change. It is made up of MPs from all the political parties. The committee runs several inquiries a year. Farrah is currently working on the committee’s inquiry into low carbon technologies in a green economy.

Farrah kicks off an inquiry by writing some key questions, and inviting answers from people or groups she knows will be interested, including members of the public via the web. Once the responses to her questions are in (up to three months later), Farrah goes through these and decides who to invite as ‘witnesses’ to the inquiry. Every week during an inquiry, the committee holds an evidence session where the members ask witnesses for their opinions on the Government’s policy, and at a later stage these committee members will question ministers on the Government policy and put the other witnesses’ concerns to them.

In time for each week’s session, Farrah prepares a briefing paper to help the committee members put the right questions to the witnesses. The briefing paper will contain the most important facts and figures relating to the session’s topics. She also adds some questions for the members to ask the witnesses, if they choose to. A typical session covers 10 topics, and Farrah will prepare a page of information and questions for each one. As committee specialist, it’s Farrah’s responsibility to ensure that the committee members have the most up-to-date scientific and technical information on topics to be covered. This will help the committee ensure that Government policy is in-line with the latest scientific evidence.

Farrah then takes on her biggest challenge in an inquiry – ie writing the official report. For this document, Farrah will study all the evidence from the inquiry’s witnesses, pull out important quotations, form arguments for or against current Government policy and, if necessary, make recommendations for how the committee would like the Government to change its policies. Farrah’s report will be read first by the committee chairman, and then the rest of the committee, who will make sure they agree with the report’s recommendations. It is then sent to the Government’s Department of Energy and Climate Change, who have ca eight weeks to respond, explaining why they either agree or disagree with the recommendations. They may announce new policies as a result of the report. This process is exciting for Farrah, whose report might have a direct effect on how the Government shapes the future of renewable energy and low-carbon technology in the UK.

For Farrah, the most important part of her job is to be able to translate all the information into summaries that the committee members, who mostly do not have a scientific background, can understand. Hearing a member put one of her questions to an MP, she finds is one of the most satisfying aspects of her job because she feels she has played a part in forming Government policy.