A day in the life of a technology analyst: Ron Oren

Ron Oren has spent the past 11 months working as a technology analyst for the London Technology Network (LTN). He talks to Laura Howes about his typical day 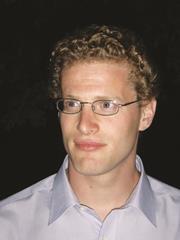 LTN is a not-for-profit company that works to increase the cooperation between businesses and academic scientists to make UK industry more competitive. LTN started in 2001 and is owned by University College London, King’s College London and Imperial College London. Technology analyst Ron is part of a team which brings together scientists in the areas of environmental technology and material science.

Ron spends about half of his time meeting and talking to scientists in academia and industry about their projects and where they could use support, and then acts as a matchmaker. Although LTN was set up to support businesses, Ron finds that academic scientists and companies are equally keen to collaborate.

Once Ron knows what his client is working on, he writes a profile of the company, detailing specific projects, which is kept anonymous to protect the client’s commercial interests. The profile is uploaded onto a European database and circulated to suitable scientists on the Network. Ron will filter replies from interested scientists to select the best matches before presenting his client with a hand-picked list of potential collaborators. Once a match is found lawyers draw up a contract outlining the roles of the two parties.

The collaborations that Ron brokers can vary from one-off consultancies, through joint research programmes, to long-term partnerships between a company and a university. Ron also helps clients bid for funding, especially when the funding requires collaboration for it to be awarded. When such funding opportunities are announced, he informs scientists on the Network that he thinks may be interested and works with them to find the best partners for the project. When these collaborators apply for the funding, Ron is sometimes asked to proof-read their proposals to check mainly for typos but also for clarity.

Although his chemical knowledge is sometimes helpful, Ron thinks that it is his research experience which is most useful in his job. ‘Not all of my clients are chemists but I understand what research involves and how universities work, which is important’, he explains.

As well as personal introductions, Ron gets involved in organising one or two networking events a month for clients: it is his job to invite suitable people, who may or may not be part of the Network, to attend, speak and present posters.

Ron occasionally goes to external events and gives presentations about the work of the Network and the opportunities available to collaborators in the Network. Ron uses these events to make new contacts and encourage them to work with LTN.

Ron enjoys keeping up-to date with cutting edge research and getting out and talking to people. For him, the best moments on the job are when he hears of two of his clients making a deal or being awarded funding.

2005–09, PhD in polymer chemistry from the University of Cambridge

2004, MSc in polymer chemistry from Groningen University, The Netherlands