Learning lessons from Finland and Estonia 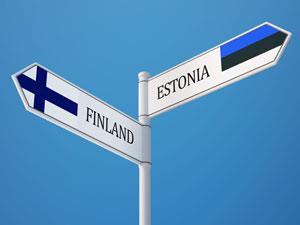 Science education in UK schools fares poorly in international comparison league tables. According to the Programme for International Student Assessment (PISA) 2012 report,1 the United Kingdom ranked 20th for student performance in science. The highest European performers were Finland and Estonia at 5th and 6th, respectively.

Like many science teachers in the UK, I was interested by the latest PISA results and questioned why British pupils are apparently behind in their learning of science compared to their peers in many other countries. In order to gain a better understanding of science education abroad, I applied for a Winston Churchill Memorial Trust Travelling Fellowship.2 In May 2014 I had the privilege to travel to both Finland and Estonia where I visited four schools over a one month period – the Helsinki School of Natural Sciences, Kulosaari Secondary School, Tallinn Reaalkool and Viimsi School.

My main objective during my visit was to gain an understanding of the Finnish and Estonian education systems with a particular focus on science education. In each school I spent time observing science lessons as well as discussing issues with science teachers and pupils.

Both Finland and Estonia pride themselves on subject specialism. For example, in Helsinki and Tallinn there are specialist science schools that attract pupils from different areas of the country who have an interest or talent in the subject. Some of these schools receive extra funding for the sciences or devote more time to the subject each week.

As well as specialist schools, both countries have highly qualified science teachers. All teachers have to complete a teacher training course – typically for one year – and usually a master’s degree is required to teach a science subject.

Perhaps the most striking difference in science teaching compared with the UK is that in both Finland and Estonia all science subjects are compulsory for pupils until the age of 18. This approach is not limited to science – pupils take ‘core’ subjects until the end of secondary school.

One surprising conclusion I came to was that there does not appear to be a big difference between the topics covered in Finnish/Estonian science classrooms to those taught in most UK schools. I say surprising because, given their impressive PISA rankings, I assumed that Finnish and Estonian children must be learning more difficult scientific concepts at an earlier age than their peers in the UK. Having spent many hours observing their science lessons, I think my assumption was wrong.

Similarly, the methods I observed science teachers using in Finland and Estonia were very similar to methods you might expect to see in most UK schools: experiments, investigations and good use of ICT in lessons. Some of the schools I visited had good links with universities and placed a strong focus on STEM clubs for younger children.

Although my focus was best practice in science education it did not escape my attention that other factors were likely to be playing a role in Finland and Estonia’s success.

For example, I was constantly impressed by the language skills of the pupils I met. All senior pupils could speak a minimum of two languages fluently – their mother tongue and English usually. However, many could speak three or four languages fluently by the time they were 16. Although it was beyond the scope of my studies to look into this in any detail, I was continually impressed by the pupils’ language abilites and began to question whether this helped them in their comprehension of science.

Finland and Estonia have also invested in excellent computer-based reporting systems that link the teacher, pupil and parents together. Therefore, parents can play a much greater role in supporting their child throughout their time in school.

For a full account of my findings, you can download my report, Increasing Achievement in Science Education: Learning lessons from Finland and Estonia.

Neil McIntyre is a chemistry teacher at Webster’s High School in Angus, Scotland. He was awarded a Winston Churchill Memorial Trust Travelling Fellowship in 2014