The trouble with transition 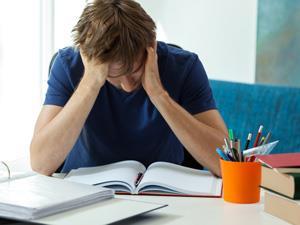 It's October and the last of the freshers have arrived in their halls and lecture theatres, eager to embark on their university courses. But for some of those students, their adventure into the academic world will be short lived.

The physical sciences don’t appear to have particularly high dropout rates – the most recent data for English universities (2010–11) puts the dropout rate at 5.4% for young entrants.1 But considering the number of students enrolling in degrees in the physical sciences then this represents a lot of potential scientists who fail to complete their degrees.

The transition from school to university has always been something that higher education institutions know they should be doing something about. Even so, it doesn’t get the attention it should because of the wide range of factors that affect a successful transition – the success or failure of any student is influenced by a huge number of variables. This can make attempting to ease transition to undergraduate study seem like an insurmountable task.

Among many institutions there is a simplistic view that dropouts are only an issue with transition if they occur in the students’ first year. But I have taught many students who have no problem in assimilating completely new subject content but have huge difficulties with topics that rely significantly on concepts learned many years ago. Students dropping out at any point in their course could be an issue with transition.

A recent report by the Higher Education Careers Service Unit highlights a student’s prior academic achievement as being the most significant factor influencing the likelihood of them completing their degree.2 From this we might think that highly selective institutions can afford to not pay too much attention to transition issues. I disagree. Grades are a broad representation of each student’s unique academic journey. A student with stellar grades may have been intensively tutored while a seemingly weaker student may have juggled achieving their grades with significant commitments or even just a particularly active social life.

Supporting transition isn’t just about preventing students from dropping out – it is about supporting all students in achieving their potential.

In my experience there is a significant mismatch between what academics think students already know and what students actually know. This is despite very clear information describing the subject content new entrants to university will have.

The reason for this mismatch is time. Becoming more familiar with your students' prior knowledge is just another thing on a to-do list of (usually higher priority) items including grant applications and the finer details of running a research group. Even for teaching-focused staff there is often little time to do this, let alone use it in a meaningful way to influence their courses.

The desire to ease the transition is there, and the benefits proven,3 but nothing will change without greater institutional support.

I am embarking on a bit of an adventure – starting this year I am splitting my time between teaching school students and undergraduates, while also supporting my academic colleagues at the University of Manchester in better understanding the background and needs of their new students. As far as we’re aware, I am the only chemist in the UK doing this.

I don’t claim to have all the answers, but this is a step in the right direction and one that I would love to see replicated at universities across the UK. Transition should be supported from both sides of the fence and I hope to do my best to help.

Kristy is a teacher and teacher fellow, splitting her time between Bolton School Boys’ Division and the University of Manchester