How to use force-based models to explain bonding

Teaching chemical bonding can be challenging, but this approach can help 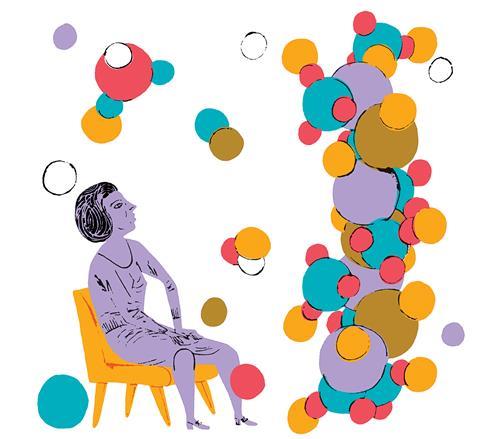 Choosing the best way to explain a scientific concept at secondary level is challenging. Teaching chemical bonding is particularly tricky. The ‘true’ scientific model is based on quantum mechanical theories that are too advanced, but the simplified ‘octet rule’ can lead to misunderstanding.

Perhaps a more appropriate model is a force-based one. The subatomic structure gives rise to attractive and repulsive forces between atoms that influence how they interact to form bonds. Bonds are most stable when the attractive forces balance the repulsive forces. However, dynamic equilibrium is difficult to grasp.

To help explain this concept, Asnat Zohar and Sharona Levy from the University of Haifa in Israel developed a computer simulation, which is based on the Lennard-Jones mathematical model of chemical bonding. The simulation allows students to change the properties of atoms, such as radius, electronegativity and distance between atoms, to see the result on the forces and energy of the system. Asnat and Sharona investigated how students’ understanding of the force-based explanation of chemical bonding changed when they engaged with the simulation.

The students used the simulation to follow a sequence of activities. Emphasis was placed on allowing students to realise and understand the significance of both attractive and repulsive forces. For example, students explored ‘what if’ conditions in which the results of no attraction or no repulsion were simulated.

Tests undertaken before and after, interviews and screen capture software were all used to see the effect the simulation had on students’ understanding of chemical bonding. Typically, a student’s appreciation of repulsion and the significance of distance between atoms is a bottleneck in their understanding of a force-based model of chemical bonding. But once the students had used the simulation and established their own mental models, they could understand the energetics of the system and describe effectively why energy is released during bond formation, or why energy is required to break a bond.

Two hurdles to understanding the basics of bonding are: appreciating that the phenomenon is a result of both attractive and repulsive forces; and explaining the energetics of making and breaking bonds. This study demonstrated that exploring force-based models can help with both of these problems. You can adopt a similar approach in your classroom with this ideas: