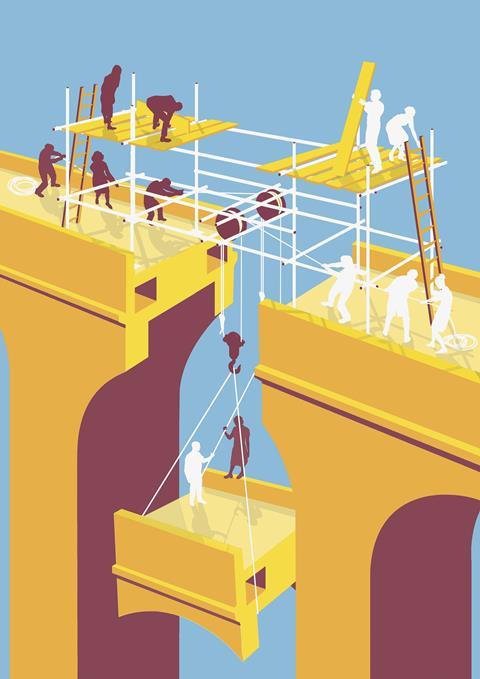 Some simple scaffolding can help students build their reasoning skills

Intermolecular forces are a crucial concept for students to understand. They underpin many macroscopic molecular properties from physical changes to chemical reactions. Unfortunately, both the causes and the consequences of this concept are difficult for students to explain.

The most fundamental of the intermolecular forces are London dispersion forces (LDFs). These are probably the most simple to understand, as they only require students to employ the ‘electron cloud’ atomic model.

Keenan Noyes and Melanie Cooper, researchers from the US, have previously investigated how students explain LDFs. They found students could often explain the cause of the attraction (non-permanent dipoles) but rarely offered the mechanism by which these arise. In other words, the students used causal reasoning, rather than the preferred causal mechanistic reasoning.

In their new study, Noyes and Cooper investigate how to improve causal mechanistic reasoning in undergraduate students by introducing scaffolded questions.

The researchers added scaffolding prompts to formative and summative questions that focused on explaining LDFs. Throughout an academic year, they compared a group of students who received the scaffolded questions with a group who had the prompts progressively removed, and with another group who were given no scaffolding at all.

The prompts were very simple. Firstly, the question stem reminded students to think about electrons as part of their answer. Secondly, students were provided with three boxes, connected by arrows, to draw a pictorial representation of their explanation.

Reminding students that electrons are important prompts them to think about the mechanism that results in non-permanent dipoles. Similarly, providing several boxes to draw in suggests there is something happening over time, reinforcing mechanistic thinking.

This research highlights that simple scaffolding within assessments can have an immediate effect on the quality of students’ explanations of the origin of LDFs, and also a long-term effect.

Promoting causal mechanistic reasoning could improve the quality of students’ explanations of all sorts of microscopic phenomena. The researchers demonstrate that this can be done using scaffolded questions in assessments. You might think that, in an assessment setting, these prompts merely make it easier for students to get the correct answer, artificially inflating their mark. However, there are some definite benefits. Many students may be able to provide a sound explanation if given just a little hint as to where to start. This gives you better insight into what students actually understand. Similarly, encouraging causal mechanistic reasoning may reduce ‘rote learned’ responses, and give you the opportunity to search for students’ misconceptions.

While the approach from this research could be extended to other intermolecular forces, LDFs might be the best place to start as they require the least prior knowledge. For example, to provide the mechanism behind permanent dipole–permanent dipole interactions in molecular species requires students to recall bonding, electronegativity and molecular shape. An explanation of the mechanism behind LDFs only requires the ‘electron cloud’ atomic model, and can be done with simple monatomic atoms, not molecules.