Evaluate on the go

How do chemists solve open-ended problems? 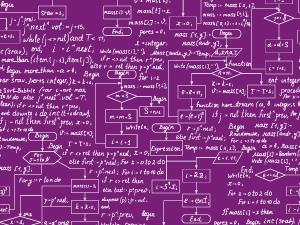 It is important that students of all kinds develop problem-solving skills during their studies as these are highly prized by employers. Probing the thought processes of successful problem-solvers can inform the design of effective teaching strategies for the development of such skills. With this in mind, researchers have investigated the approaches employed by chemists when solving open-ended problems.

Debate remains on the question of what constituents a problem. However, the general consensus is that ‘algorithmic’ problems are not actually problems, and should instead be classified as exercises. By this thinking, an algorithm is a cognitive shortcut that bypasses the development of the deep understanding required for the application of concepts in unfamiliar contexts that is essential for ‘real’ problem-solving. The preponderance of algorithmic problems on examinations means that many students are focused on learning a ‘process’ rather than the pursuit of understanding that would enhance their future prospects.

The researchers studied 17 undergraduates, six industrial chemists and eight academics. The study participants used ‘smart pens’ to record their written work and verbal explanations while they tackled three open-ended problems: ‘How many toilets do you need at a music festival?’, ‘How far does a car travel before a one atom thick layer is worn off the tyres?’ and ‘What is the mass of Earth’s atmosphere?’. By scrutinising the recordings, the researchers were able to codify the strategies employed by the participants. The success of each solution was evaluated, with traffic-lighting employed to place them into three categories based on the quality of the answer and the development of a strategy.

Analysis of the coded data showed that the undergraduate and industrial participants employed similar approaches, although the latter generated better quality answers. The academic participants were found to employ a greater variety of approaches when tackling the problems. A key factor in the success of academic participants, who were rated as ‘expert’, was their engagement in evaluation throughout the process and not just at the end. The researchers recommend that students be encouraged to continuously employ evaluation in a similar manner in order to move quickly and efficiently beyond the realm of the ‘novice’.