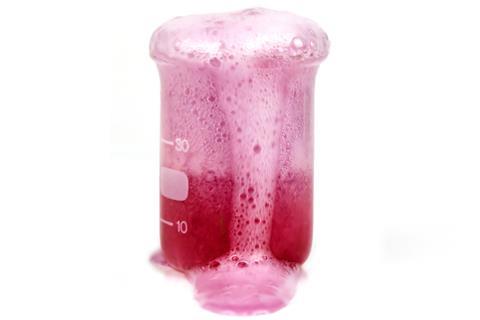 The conceptual nature of models is often problematic for students. This is even more of a concern for mathematical models of scientific principles because of the difficulties students have with maths.

Chemical kinetics is a topic that gives students rich opportunities to analyse data and to reason mathematically about relationships between variables. For example, rate laws are mathematical models that describe the influence of a reactant’s concentration on the rate of a reaction. They can even be used to discover the mechanism of a reaction.

Most often, students use the method of initial rates to construct a rate law – where they must recognise the empirical basis of rate laws – and interpret initial rate and concentration data to infer the order of the reaction.

Students often encounter rate laws as part of quantitative problem solving questions. But, there is evidence that students approach these types of questions algorithmically, with limited understanding of the underlying the concepts.

A new study has investigated students’ understanding of the mathematical modelling of reaction rates. The researchers considered the common ‘initial rates’ type question.

After a period of instruction on initial rates, both laboratory-based and lecture-based, 15 students from an introductory undergraduate chemistry course participated in semi-structured interviews. First, students were asked to discuss their understanding of terms such as ‘rate law’ and ‘order of reaction’. Then, students were given a data set of initial rates and concentrations and asked to construct a rate law. Finally, students were provided with a set of hypothetical students’ attempts at constructing rate laws and asked to choose the most appropriate. This final interview task was designed to provide some scaffolding to assist students who found the construction of the rate law from data too challenging.

The researchers found that all the students were familiar the term ‘rate law’ and they associated it with some type of mathematical expression from their prior learning. Although most of the students offered the correct functional form of a rate law, many did get confused with equilibrium expressions. However, only three of the 15 constructed the correct rate law from the initial rate and concentration data – the rest constructed alternative rate laws.

After analysing the results, the researchers propose five themes in the reasoning students presented to support their rate laws. These are arranged into levels, from one to five, which progress towards a deeper analysis of data.

Level 1: Students incorrectly used coefficients from the balanced chemical equation as exponents in the rate law.

Level 2: Students made progress towards using the data and control of variables. But they did this in conjunction with an algorithmic approach and with limited reasoning addressing the fit between the model and data.

Level 3: Students’ interpretation of the data was either disconnected from their selection of an exponent for the rate law or suggested difficulties in interpreting the trend in the data.

This study casts doubt on the assumption that the initial rate method allows students to gain a deep understanding of mathematical model-building in the context of chemical kinetics.