John Emsley investigates the element that is the lightest of metals and celebrated in song. In this issue: Lithium 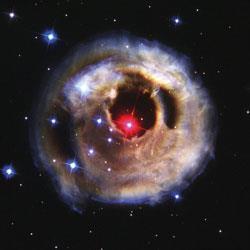 Lithium was one of only three elements created in the big bang - the other two were hydrogen and helium. In spite of this, it is a rare element because, while it is produced in the furnace of a star, it is later used as its fuel.

Sometimes the detection of lithium in a star reveals a catastrophic event. In 2002, the red giant V838 Monocerotis was observed three times to flash 10 000 times brighter than normal. Its electromagnetic spectrum revealed vast amounts of lithium, as shown by the unique red line at 670.7 nm. The star had consumed three of its inner planets and as these vaporised they released their lithium.

Lithium is popularly known for two uses: in batteries for electronic equipment and as medication for the treatment of bipolar disorder. Sufferers can experience mood swings from euphoria to misery. A daily dose of 250 mg Li2CO3 calms the brain for reasons not yet fully understood. Its benefits were extolled by the US rock band Evanescence in their 2007 song Lithium.

Lithium batteries are needed wherever reliability and lightness are important. They consist of lithium metal, which releases electrons at one electrode, and manganese, which accepts them at the other. Between them is an electrolyte of lithium perchlorate in propylene carbonate and dimethoxyethane.

Lithium is also used in implanted pacemakers. These contain lithium as the anode, iron disulfide as the cathode and iodine as the solid electrolyte.

However, it is lithium-ion batteries that dominate the market for this metal. In these rechargeable batteries it is lithium ions that carry the current across a solid polymer gel. The ions are forced back again when the battery is recharged. The positive electrode is usually made of lithium cobalt oxide, although lithium nitride is also used, and the negative electrode contains carbon. These batteries can be very slim and are an ideal power source for phones, tablet devices, laptops, medical devices and more. They are now also used in electric cars.

Today the main lithium mining country is Chile. Beneath the Salar de Atacama desert is a massive lake of brine that contains around 3 million tonnes of lithium. When the brine is concentrated, lithium carbonate is precipitated and can then be exported. Neighbouring Bolivia has a similar lake containing an estimated 5 million tonnes of the element.

Industrial production of new metal is about 25 000 tonnes a year. This is produced by the electrolysis of molten lithium chloride (plus potassium chloride) in steel cells at around 450°C.

Lithium can be used in many other ways. For example, adding lithium oxide to glass makes it resistant to thermal shock and glass fibres less affected by static. Aluminium-lithium alloys are strong but light. They are used for cycle frames, high speed trains and to reduce the weight of aircraft and prevent metal fatigue.

Most greases contain lithium stearate as it is an all-purpose, all-temperature lubricant. It will even work well at temperatures as low as -60°C and has been used to maintain vehicles in the Antarctic.

Lithium hydroxide is used on the International Space Station to absorb the carbon dioxide breathed out by those on board. Weight for weight, lithium hydroxide absorbs more CO2 gas than any other alkali metal hydroxide.

Finally, there is lithium's role in hydrogen bombs. These contain lithium hydride (lithium-6 isotope and hydrogen-2) which is capable of releasing massive amounts of energy when the atomic bomb at its core explodes. This energy provides the heat needed to initiate nuclear fusion of the two nuclei in two helium atoms. The result is an explosion large enough to destroy a city of a million people. 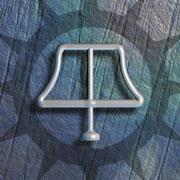 Atomic number 3; atomic mass varies 6.94-6.99; melting point 181°C; boiling point 1347°C; density 0.53 g cm-3. Lithium is a member of group 1 of the periodic table and its only oxidation state is Li+. Its atomic mass varies because some minerals contain more of the higher isotope 7Li or because the lower isotope 6Li has been extracted for use in nuclear weapons.