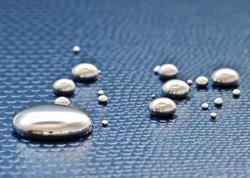 The Earth's atmosphere contains about 2500 tonnes of mercury and this has increased down the centuries. Some of this is natural, coming from volcanoes, soil erosion and microbial release of methylmercury, but most comes from human activity, mainly from burning coal.

Humans have been using mercury for thousands of years, having discovered that when the red pigment cinnabar (HgS) was heated strongly, it left behind a shiny liquid metal, quicksilver. This had the ability to dissolve gold and so it could be used to extract it from alluvial deposits. Mercury continued to be used in this manner for centuries, including in Brazil as late as the 1990s. Today we know that this metal is inherently dangerous.

In ages past, however, mercury and its compounds were widely used in medications. Calomel (mercury(i) chloride, Hg2Cl2) was a treatment for constipation, and it also acted as a diuretic. It was successful in treating syphilis if the patient was prepared to suffer its debilitating side effects. It was even on sale as teething powders for babies - it causes excessive salivation - but it could result in 'pink disease', whose symptoms were pink fingers, toes, cheeks, nose and buttocks. A calomel-based face cream was once sold in Mexico to achieve just this effect.

Other common uses of mercury were in thermometers and dental fillings, but even these useful applications have been replaced by alternatives.

The human intake of mercury is about 3 ug per day and every mouthful of food we eat contains some. Fish like tuna can concentrate mercury, but this does not render them unsafe to eat, although in the past some fish have caused mass poisonings. This was due to the deadliest form of mercury, methylmercury (HgCH3+), which is produced by bacteria. It can pass the blood-brain barrier and move across the placenta, with the result that it affects the central nervous system and can cause a deformed foetus.

These were the afflictions of residents around Minamata Bay in Japan in the 1950s. For many years a chemical company had polluted the bay with mercury and eventually local fish had accumulated high levels of organomercury. More than 10 000 people were affected and for several years the cause was unknown. When it was realised that mercury was to blame, a ban on fishing was imposed in 1956.

In the 1920s, wheat seeds began to be treated with the safer ethyl mercury chloride as a fungicide. However this form of crop protection led to several mass poisonings in northern Iraq in the early 1970s when villagers used it to make flour. Around 5000 people were affected and 280 died.

Mad as a hatter

The saying 'mad as a hatter' owes its derivation to the use of mercury in the hat industry. In order to get the short hairs of rabbit and beaver fur to mat together to form felt, the pelts were dipped in a solution of mercury nitrate and dried. (The mercury formed S-Hg-S bonds between the amino acids of the fibres.) Subsequent processing invariably exposed workers to dust from the felt and this caused 'hatter's shakes' or 'mercury madness'.

The use of mercury has declined significantly in recent years and is now mainly confined to the chemical industry, which uses it as a catalyst, and also for some electrical applications such as switches and rectifiers, which need to be reliable. A little mercury goes into cell batteries for hearing aids and into fluorescent lights, but even these amounts have declined significantly and will eventually be phased out. 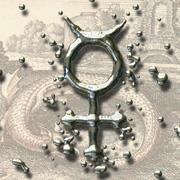