In this issue: When the Earth moves so does the price of Vanadium 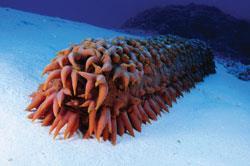 Vanadium is an essential component of some human enzymes which explains why we have around 20 mg in our body. It is not in short supply so we don't need to supplement our diet with it, however, most is found in seafood and liver.

The marine worm Ascidia nigra  has blood cells containing 1.5% vanadium and concentrates vanadium to levels 10 000 times higher than the surrounding sea water. The sea cucumber, Holothuroidea, has vanadium making up 10% of its blood cell pigment. There was once a scheme in Japan to harvest them from the coastal shelf of that country, specifically to extract their vanadium.

Vanadium was actually discovered twice. In 1801 Andrés Manuel del Rio, Professor of Mineralogy in Mexico City examined a mineral we now know as vanadinite (Pb5(VO4)3Cl). Surprised at the varied colours of its salts, he assumed that he had discovered a new element which he called panchromium, meaning 'all colours'. However, De Rio withdrew his claim after a French chemist examined the ore and incorrectly concluded that it was a chromium mineral.

The second discovery was made in 1831, by the Swedish chemist Nil Selfström. He separated it from a sample of cast iron made from ore that had been mined at Småland. Part of the cast iron dissolved more readily in acid than the bulk of the metal and Selfström was able to show that it was a new element, which he named vanadium.

It proved difficult to obtain pure vanadium but this was finally achieved by Henry Roscoe at Manchester in 1869. He showed that previous samples of the metal must really have been vanadium nitride (VN).

The common vanadium ores are vanadinite, patronite (vanadium sulfide, VS4), and carnotite (potassium uranyl vanadate, K2(UO2)2(VO4)2). Vanadium is also abundant in Venezuelan oil, to the extent that its ash is a commercial source of vanadium pentoxide (V2O5). It has been suggested that plants living at the time these oil deposits were laid down absorbed much more vanadium than today's plants.

Most of the vanadium is mined in earthquake areas of China. If an earthquake strikes, mines are often forced to close, causing the price of vanadium to shoot up.

Production of the metal itself comes to about 7000 tonnes per year. Very pure vanadium is obtained by reacting vanadium trichloride (VCl3) with magnesium.

Vanadium is used mainly as vanadium-steel alloys, which contain 0.1-3%. It is added to steel as ferrovanadium which is produced from vanadium pentoxide by heating with ferrosilicon. Such steels are rustproof, shock-resistant and vibration-resistant and are used for springs, tools, jet engines, as well as armour plating.

Industry uses the oxide as a catalyst for the oxidation of SO2 to SO3, the precursor to sulfuric acid. Vanadium compounds are also used as catalysts in polymer production.

In the Middle Ages, Damascus steel was prized because it made the best scimitars, swords, and daggers. Research has shown that minute traces of vanadium were responsible for its great strength and durability, and had the advantage of taking and retaining a lasting sharp edge. Amazingly, as little as 0.02% of vanadium was responsible for the steel's high quality, yet its presence was not appreciated by the Damascus steelmakers. The vanadium just happened to be an impurity in the source of iron ore they were using. When the supply of this ran out, so did their reputation for making the world's finest steel. The steelmakers could not understand why their tried-and-tested methods no longer worked and by 1800s Damascus steel was no more.

'But for vanadium there would be no automobiles!' So said Henry Ford. He came across a vanadium alloy in 1905 when he attended a racing car event. In a crash there, a French vehicle was completely wrecked. When Ford picked up a fragment, which was part of a valve spindle, he was surprised how strong it was. He decided his new Model-T car would be made from vanadium steel. Mass production began in 1913 and 15 million cars were made, all with components such as gears, axles, shafts, springs and suspension made from vanadium steel. 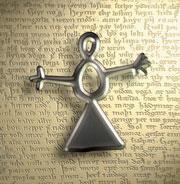