If you’re fed up of loaning pens to students and not getting them back, follow Richard Gill’s example and instigate a high-value swap 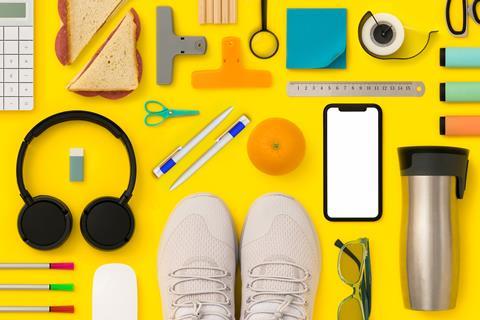 Do you loan students pens? In exchange for something – and a little respect?

Can you ride a horse without a horse? What a ridiculous question, of course you can’t. Well, how can you write notes without a pen?

That’s the question I ask every student who turns up to my lesson without a pen. Now there are the occasional students whose pen has run out, a few who have simply misplaced their pen, those whose pen explodes on them every day (I’ve never had this experience, I have no idea how it happens to so many students), and the students who come to school with three pens but break them all during their lessons. But then there are the students who never have a pen.

I used to think, no problem, I’ll give them a pen. It’s only a pen. You might think this too, but have you lost more than 20 pens in a month? It bothered me.

I gave out pens, I said ‘I want that back’. The lesson happens, things happen, I forget, the students forget, and off they go on their merry way, with my precious pen. You may be thinking they’re cheap, what’s the big deal? Money is not the issue here, it’s the principle.

In my experience, the students who turn up to lessons without pens are the students who don’t value pens. Too often I have given them the wonderful writing implement, and too often that oh so useful tool does not return to me. This can be extrapolated to rulers, pencils, highlighters, calculators … I want my students to learn that when they borrow something, they must respect it and give it back.

So how did I teach this? How did I stop them from stealing my pens? I thought maybe I could try and improve my memory, I could maybe write something on my whiteboard like, ‘Olly has my pen’. But then it’s on me to remember. I look at my whiteboard after Olly has gone to their next lesson and I’m even more annoyed. Why do I have to be the one to remember? Why is it my responsibility to get the pens back?

And then it hit me: make them remember.

I instigated a high-value swap system. If they want a pen, they can have one. But they have to swap something important. Something they care deeply about, something they want back, something that is so much better than a pen to them. This way, they will want their item back, they will be thinking about it. So, they will be the ones to come to me at the end of my lesson. ‘Sir, can I get my phone back?’ they ask as they hold out my pen, returning it with no effort on my behalf. Now the only pens I lose are my own (I haven’t quite mastered that one yet).

I have swapped a multitude of items: phones, footballs, football boots, lunch boxes, AirPods, blazers, house keys, rucksacks, coats, food tech ingredients and, my personal favourite, a Nintendo Switch. Why the student brought that to school, I will never know!

I have seen other methods. Some teachers have obnoxious pens, big fluffy ones, oversized ones. I know this method is successful for some, but it still involves the teacher, me, remembering, seeing the fluffy pen and asking for it back. This can also have the opposite effect: some students want the fluffy pen, even though they may have their own pen.

The pens I give out are the most boring, plain, black biros I can find. But when the student returns it, they get their phone back. For the hour they have it that pen becomes the most important thing in their life, so you bet they look after it. Some students do forget to return the pen. But then I have their stuff.

I once had a very sheepish year 8 return to me during lunch time: ‘Sir, you have my lunch box’. To which I replied, ‘Billy, if I have your lunch box, then you have my pen.’ As little Billy rooted through his bag, out came the pen, the pen I forgot all about, the boring, mundane, plain, black biro that meant very little to me. But to Billy, an incredibly important item, the key to getting his lunch back.

Richard GillRichard Gill is a science teacher in the south-east of England.