A tasty idea to pop into your lessons on radioactivity

Nuclear decay is a tough concept. Atoms are unstable? Atoms can release energy? These things we’ve just learned to label now actually do things. It’s new, it’s abstract, it’s confusing. How can I find an analogy that the students engage with, enjoy and, most importantly, understand? 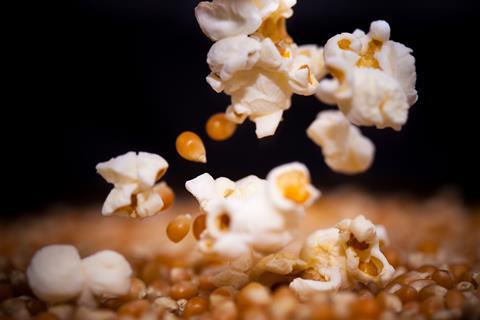 A while back, feeling in the mood for a snack, I rooted through my kitchen cupboards and found some popcorn. I love popcorn, so in it went. Pan, oil, heat, salt; and the popping began. I watched. At first there was a tremendous amount of popping, then it slowed and then it almost stopped, with only the occasional random pop making me jump. I filled my bowl up with fresh warm popcorn, and was annoyed not every kernel had popped. And, then – a lightbulb moment!

I was at the start of teaching radioactivity this year. I was going through atoms and unstable nuclei, and thought to myself: this is the perfect analogy.

Now, I teach radioactivity leaving alpha, beta and gamma until the end. First, I teach what an unstable atom or nucleus is and then that unstable atoms/nuclei need to become stable, and they do so by decaying and releasing radiation. So, once they’ve emitted all of their radiation, they are no longer radioactive. This is where the popcorn comes in.

First, I set up a Bunsen burner with a saucepan, some oil and popcorn kernels. I tell the students I’m going to heat up the oil; I’m going to give the kernels some energy, making them unstable and they’re going to want to pop. I show them under the visualiser, then I ask, ‘which kernel will pop first?’ We have a little competition. Why do I do this? It links to nuclear decay being random. We know an unstable atom will decay, but we don’t know which atom will decay or when it will decay, just like we don’t know which kernel will pop when.

As we start to heat the pan, the excitement builds. Which kernel is going to pop? I don’t put a lid on the pan – this causes some fun and excitement as the popcorn starts to pop. The popcorn starts leaping out of the pan. I ask, ‘why is the popcorn “jumping” out of the pan?’ It’s because the kernels are releasing energy when they pop. Now I make the learning link: when an unstable atom ‘pops’ (becomes stable), it releases energy in the form of nuclear radiation.

Kids know popcorn and they get popcorn. It brings the abstract to reality

Eventually, the popping starts to slow. There’s lots of popped corn, very few unpopped kernels. I ask, ‘what’s happened to the amount of unpopped kernels?’ It’s decreased – there are fewer of them. I ask, ‘can the popped popcorn unpop?’ Of course it can’t! And that’s another learning link: radioactive sources become less radioactive over time because unstable atoms are releasing their energy and ‘popping’ to become stable. Once stable, they can’t become unstable again.

I have had great success with this demonstration. It’s concrete and it’s known. Kids know popcorn and they get popcorn. It brings the abstract to reality. It helps them understand the word decay in a context they recognise: in the process of becoming stable – the pop – kernels release some energy, so they jump and move. The energy, in the case of unstable atoms, is nuclear radiation.

There are some useful analogous experiments to demonstrate the principle of half-lives, such as rolling dice and measuring beer froth. I haven’t yet experimented with popcorn to see if there are similar great results. Maybe that’s something you could investigate? I’d love to know how you get on.

Richard GillRichard Gill is a science teacher in the south-east of England.