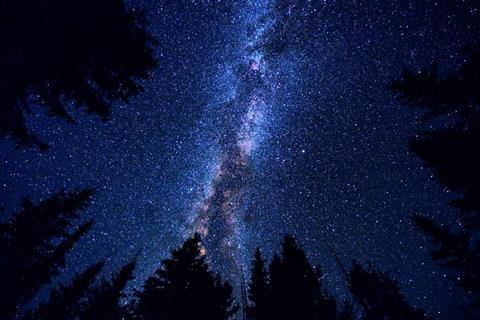 The milky way viewed from the earth

We have known about planets orbiting stars other than the Sun for some time. What is special about this alien planet is that it is the first one we have detected that has come from another galaxy.

The Milky Way’s gravity pulled in the planet and now we have the chance to compare it and the star with the younger, indigenous stars and planets closer to home.

Star HIP 13044 has a very different composition to that of our Sun, which contains mostly hydrogen and helium with significant amounts of oxygen, carbon and iron.

If a star in the Milky Way has more of these heavier elements, it is statistically more likely to have orbiting planets. Until now, the theory has been that the star and its planets coalesce from whatever material is in that area of space. If the material is rich in heavier elements, there is a greater chance of some being left over to form planets.

HIP 13044 contains very little of the heavier elements, destroying the theory that stars like it have no planets. Assuming that the alien planet formed from the same material as its star, it should be quite different from any planet we have found before.

How can stars be so varied?

The two lightest elements, hydrogen and helium, were the first to be formed in the Universe. Older stars were made of just these two elements. As stars died they became supernovae. The immense energy involved fused these atoms into heavier elements such as oxygen, carbon and iron, which then became part of newer stars.

The chemistry of the stars

Stellar chemistry bears little resemblance to chemical processes on Earth. The temperatures and pressures inside stars change the ground rules regarding chemical bonds. However, we know what is in a star because of the electromagnetic spectrum we detect coming from it.

Chemists catalogued spectral lines of the elements in the early 19th century by heating materials until they glowed and using a spectroscope to examine the light emitted. This helped astronomers to decode stellar spectra and it remains the method for assessing the make-up of stars.

We have come a long way since chemists discovered that each element emits its own distinctive spectrum when heated. That research was not done in order to study the stars, nor for any other application, yet spectroscopy has developed and now it is used in areas as diverse as medicine, forensics and manufacturing.

In times of austerity we should not forget that scientific research forms the basis of our future economy. Atoms are invisibly small and the distance to HIP 13044 is incomprehensibly large. Chemistry bridges the gap.

Helen Sharman leads the nanoanalysis group at the National Physical Laboratory and was Britain’s first astronaut in 1991. This article was originally published at The Reaction and then InfoChem.