Approximately one million people die annually from malaria worldwide. Tragically, 90 per cent of these deaths are among the under-fives in sub-Saharan Africa, who have little if any access to adequate healthcare. Drugs are used to treat the disease but parasitic resistance to these drugs is growing, so what is the alternative?

Malaria is caused by the parasite – Plasmodium falciparum – which enters the human blood-stream when a female mosquito bites its victim, causing fever, nausea and anaemia, and in severe cases, death.

From destruction to treatment

Once inside the blood, the Plasmodium parasite quickly makes its way to the liver, where it infects a few hundred cells and multiplies. After several days in the liver, the parasite bursts out of the cells and floods the host’s bloodstream, where it infects healthy red blood cells. Inside these blood cells, the parasite digests haemoglobin, the protein responsible for transporting oxygen around the body, obtaining valuable amino acids for its survival and reproduction. As a byproduct of digestion, a toxic haem group is also produced, but this is safely stored as a solid crystal that is non-toxic to the Plasmodium parasite.

Once the parasite has exhausted its supply of nutrients in the blood cell, it bursts out again ready to infect new cells containing fresh supplies of haemoglobin. This cycle continues until the infection is either treated with drugs or the body’s own immune system destroys the parasite.

Death from malaria occurs as a result of blood clotting in the smaller blood vessels of vital organs such as the brain and liver, or from severe anaemia after the parasite has destroyed many of the red blood cells. 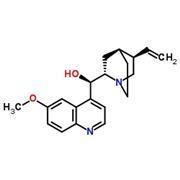 The most common antimalarial drugs are the aminoquinolines – drugs that have two fused aromatic rings containing one nitrogen atom. Quinine and chloroquine, for example, have been used extensively over the past century to treat malaria. These drugs prevent the parasite from safely storing the toxic haem group in the infected blood cell, causing it to build up and poison the parasite. Unfortunately, overuse of these drugs has led to the evolution of drug resistance, making them less effective in the treatment of malaria. 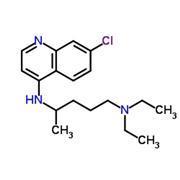 To combat this resistance, scientists turned to artemisinin, a drug used for centuries in traditional Chinese medicine to treat fevers and shown to be effective against drug-resistant P. falciparum. Like the aminoquinoline drugs, artemisinin targets the parasite in the blood, but in this case, a peroxide bond, central to the drug’s structure, is reduced inside the cell forming two highly reactive oxygen radicals that ultimately kill the parasite. 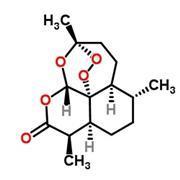 Peter Winstanley of the school of clinical sciences at Liverpool University, however, told InfoChem that ‘although drug therapy may be an effective and relatively cheap method of treating malaria, there are hidden costs that come from looking after the desperately sick person. Expert nursing, blood transfusions and laboratory services are all necessary to treat malaria victims and are costly to set up and maintain, and are often beyond the means of those countries worst affected by the disease.’

So is there an alternative treatment that could offer protection against malaria, without the need for costly healthcare? One solution would be to develop a vaccine – ideally, a one-off treatment to give immunity against the P. falciparum parasite for the life of the patient.

Towards a malaria vaccine

The principle behind a malaria vaccine is to promote an immune response in the patient against the parasite. This is done by injecting the patient with a safe form of the disease, for example, the dead parasite or a viral ‘carrier’ whose DNA (genes) has been modified to produce parasitic proteins in the patient’s own cells. The doses used are harmless yet they trigger the body to generate antibodies (proteins) to recognise foreign invaders, bind to them and destroy them. This may sound simple, but in practice, it can be a daunting challenge.

Sarah Gilbert of the Jenner Institute in Oxford is a researcher involved in the development of new malaria vaccines and explained that the P. falciparum parasite is a complex single-celled organism that is able to fool the body’s natural immune system. ‘One of the greatest challenges in developing a malaria vaccine,’ she told InfoChem, ‘is that the parasite is capable of suppressing the natural immune system of the host. ‘This means that if someone is infected with malaria, then the ability of the body to generate the immunity needed to recognise and destroy the parasite is greatly reduced. This effect is disastrous in developing a vaccine because those most in need, living in high risk malaria areas, are unlikely to be able to generate effective immunity in response to the vaccine.

Gilbert and her colleagues are currently investigating the use of ‘viral vectored vaccines’. These are live viruses that have been chemically modified, by inserting or deleting DNA fragments (genes), to make key malaria proteins (see Box). Having been injected, these modified viruses infect the cells and produce foreign parasitic proteins. This triggers an immune response in the patient that promotes the production of antibodies as well as killer cells that can attack the parasite when it is hiding inside the liver or blood cells. Crucially, the DNA fragments responsible for viral replication in these viruses are removed, so there is no chance the virus can multiply and spread.

The Oxford researchers are currently developing two separate vaccines, one to target the parasite in the liver and a second to target the parasite once it has infected the red blood cells. Ultimately, they hope to combine both vaccines so that if any parasites survive the immune response in the liver, a second immune response will kill any remaining parasites once they reach the red blood cells.

Currently the most advanced malaria vaccine in clinical trials is RTS,S, developed by chemists at GlaxoSmithKline. Expected on the market by 2010, the vaccine will offer protection against the disease for up to two years. While clinical trials of the vaccine in African children have shown efficacy in only a small number of patients, clinicians hope that if given to younger children who have been less exposed to the disease, the vaccine will provide immunity for a much longer time.

This development, though some way off providing real long-term protection against the disease, represents significant progress towards this goal and offers a lifeline to millions around the world.

Making malaria vaccine from a virus

First researchers slice open the circular strand of viral DNA (plasmid) by using enzymes – restriction endonucleases. This creates two ‘sticky’ ends of DNA where one single strand of DNA overhangs the other, onto which non-viral DNA can be inserted.

In a separate experiment, they isolate and make many copies of the parasitic DNA fragments (genes) responsible for making key proteins of the P. falciparum parasite. They then join the fragments of viral and parasite DNA together by using another enzyme (DNA ligase) and reform the circular DNA plasmid of the virus. They then insert the modified DNA back into the virus, and inject this modified virus into the patient.

Once inside the patient, the virus will infect the human cells, make the parasitic proteins that are now in its DNA and trigger an immune response.